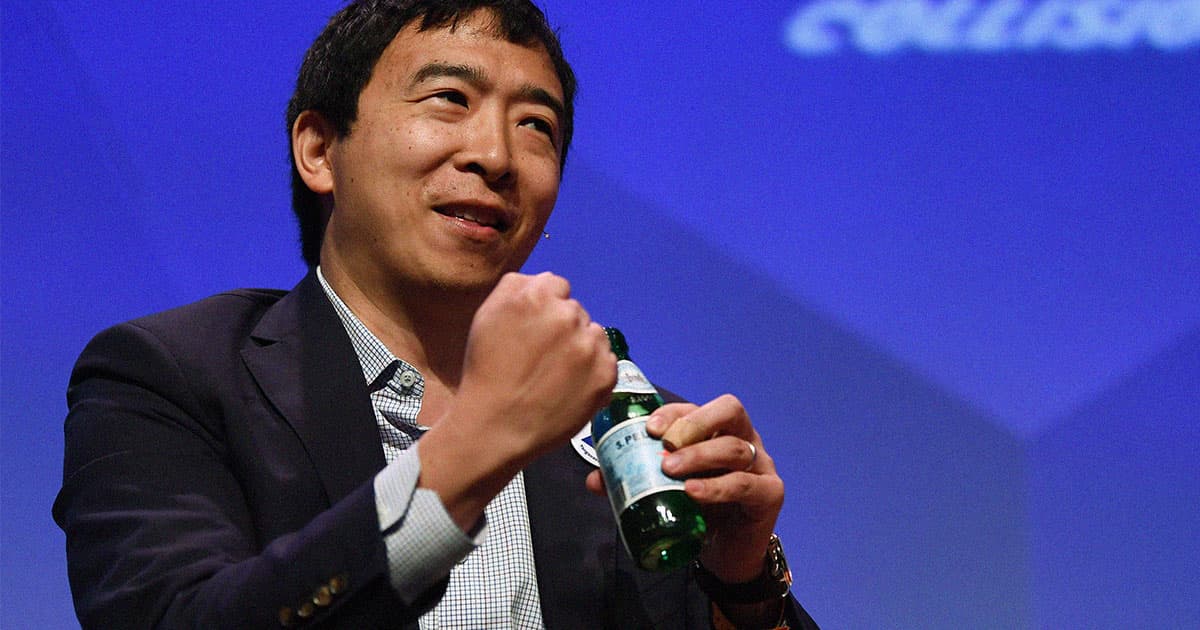 King Of The Hill

Andrew Yang, the self-branded technological presidential candidate, said that it's time for people to adapt to climate change by seeking out higher ground — literally.

Yang, speaking at Wednesday's Democratic Party debate, said that it's too late to prevent many of the catastrophic events of climate change, reports MarketWatch. Yang went on to argue that it may be time to abandon areas that are likely to flood as the sea levels rise.

It's a comical idea — avoiding climate change by migrating uphill — but also a prescient reminder that our planet is already beginning to change in drastic and tangible ways thanks to our greenhouse gas emissions.

When elaborating on how to best address climate change, Yang returned to his proposal to give Americans a $1,000 monthly basic income.

"We are too late. We are 10 years too late," Yang said at the debate. "We need to do everything we can to start moving the climate in the right direction but we also need to start moving our people to higher ground."

In other words, Yang's position seems to be that putting "economic resources" into people's hands will help them protect themselves from climate disaster and migrate away from the inevitable floods.

READ MORE: Andrew Yang urges Americans to move to higher ground because response to climate change is ‘too late’ [MarketWatch]

More on Yang: Andrew Yang’s Goal: Steer Us Away From a Bleakly Dystopian Future