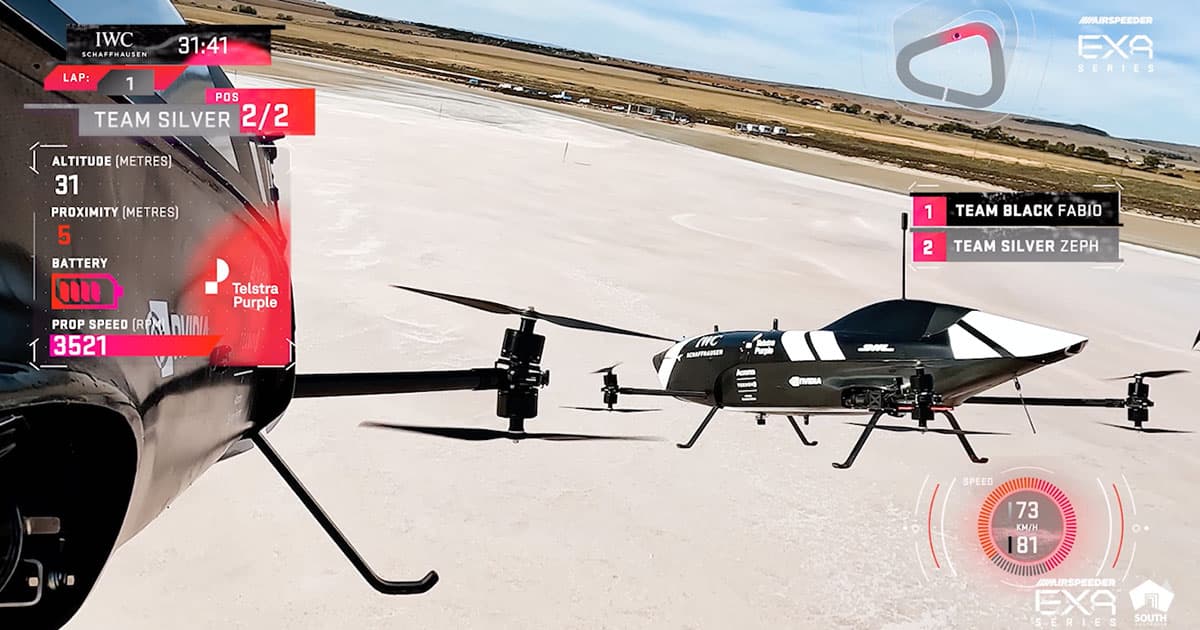 Now This is Flying Car Racing

Flying car startup Airspeeder has completed what it's referring to as the "world's first electric flying car race" in the South Australian desert.

While the two competing pilots were steering the two full-scale flying cars remotely, it still made for an epic launch of a brand new kind of motorsport, as seen in a promotional video of the event.

"This is just the start, this first race offers only a glimpse of our promise to deliver the most progressive, transformative and exciting motorsport in the world," Airspeeder founder Matt Pearson said in a press release.

The company is already working on organizing crewed races, which could take place as soon as next year. But there's plenty of work left to do to ensure the pilots are safe as they whip through the air at astonishing speeds.

The flying cars themselves are sleek 13-foot eVTOL machines called Speeders that are almost entirely made up of carbon fiber. They weigh a mere 286 pounds and can easily support the weight of a human pilot.

Thanks to their 320 kilowatt quadcopter drivetrain, they can accelerate from 0 to 62 mph in just 2.8 seconds and reach a maximum altitude of 1,600 feet.

The news comes after a third iteration of the company's Speeder took to the skies for the very first time last year.

Airspeeder is hoping to turn the event into a fully blown Grand Prix league, set to kick off in 2024. That is, of course, if everything goes according to plan.

And we can't wait to watch the pilots take to the skies for the very first time — a future of motorsports we can definitely get behind.