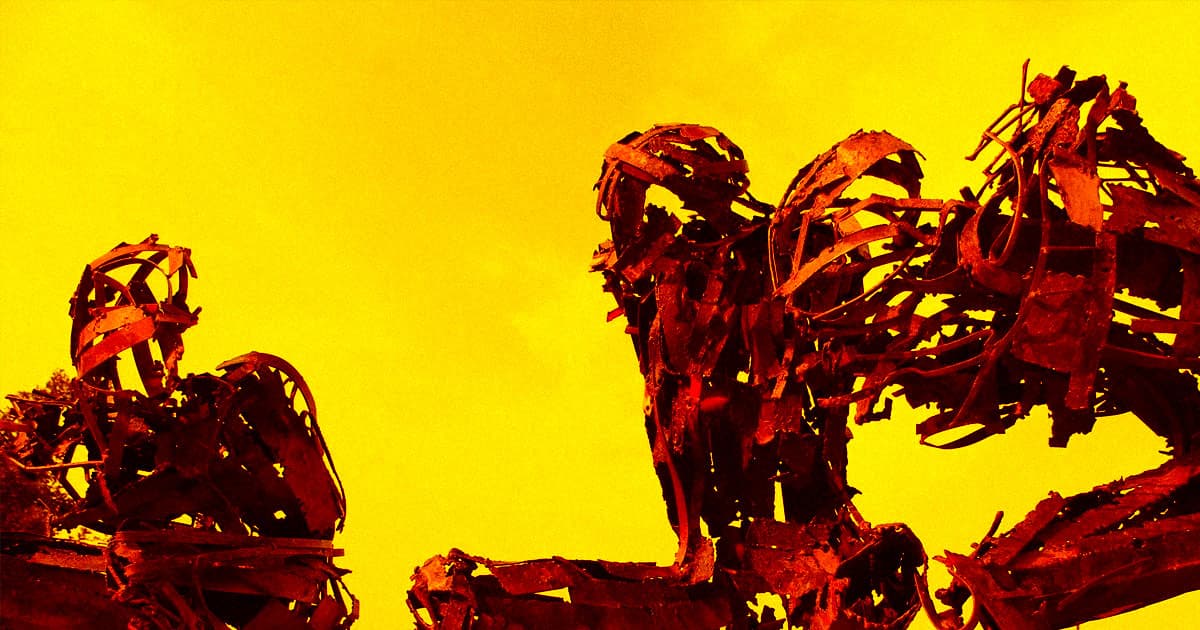 Wired: It's Time for War Between Humanity and Machines

It's not our fault that they look like punching bags.

It's not our fault that they look like punching bags.

If you want to test your luck against those extremely-punchable security robots roaming the streets and parking lots of San Francisco, you should feel empowered to step up and give it a try.

Even if security bots don't take the form of gun-toting Terminators, they're still a hostile presence in that they monitor and surveil the communities they patrol, reports Wired. And as such, people shouldn't feel all that bad about giving it a little kick or shove as it rolls by, Wired argues, concluding that they shouldn't be prosecuted for doing so.

The problem with these robots is that they intrude on everyday life, silently gathering data, while the average person has no idea what to make of them. And while our squishy human brains tend to anthropomorphize everything around us, the robots aren't living things that might suffer when punched.

Rather, they're more like AI-enhanced security cameras on wheels, and breaking them is vandalism at worst.

"We wouldn’t be having this conversation if people didn't clearly view or treat robots differently than other devices," MIT robot ethicist Kate Darling told Wired, in regard to whether anyone ought to mind that these security bots are getting smashed. "If people were going around smashing security cameras, you wouldn't have called me."

READ MORE: Of Course Citizens Should Be Allowed to Kick Robots [Wired]

More on violence: People Are Brutally Assaulting Robots. Experts Want to Know Why

Panopticam
Tech Exec Brags That New Phone' Cameras Will Always Be Watching You
12. 2. 21
Read More
Diner Drama
People Furious at Robot Serving Pancakes at Denny's
11. 28. 21
Read More
Stranger Danger?
Woman Freaks Out After Discovering an Apple Tracking Device on Her Car
11. 19. 21
Read More
+Social+Newsletter
TopicsAbout UsContact Us
Copyright ©, Camden Media Inc All Rights Reserved. See our User Agreement, Privacy Policy and Data Use Policy. The material on this site may not be reproduced, distributed, transmitted, cached or otherwise used, except with prior written permission of Futurism. Articles may contain affiliate links which enable us to share in the revenue of any purchases made.
Fonts by Typekit and Monotype.