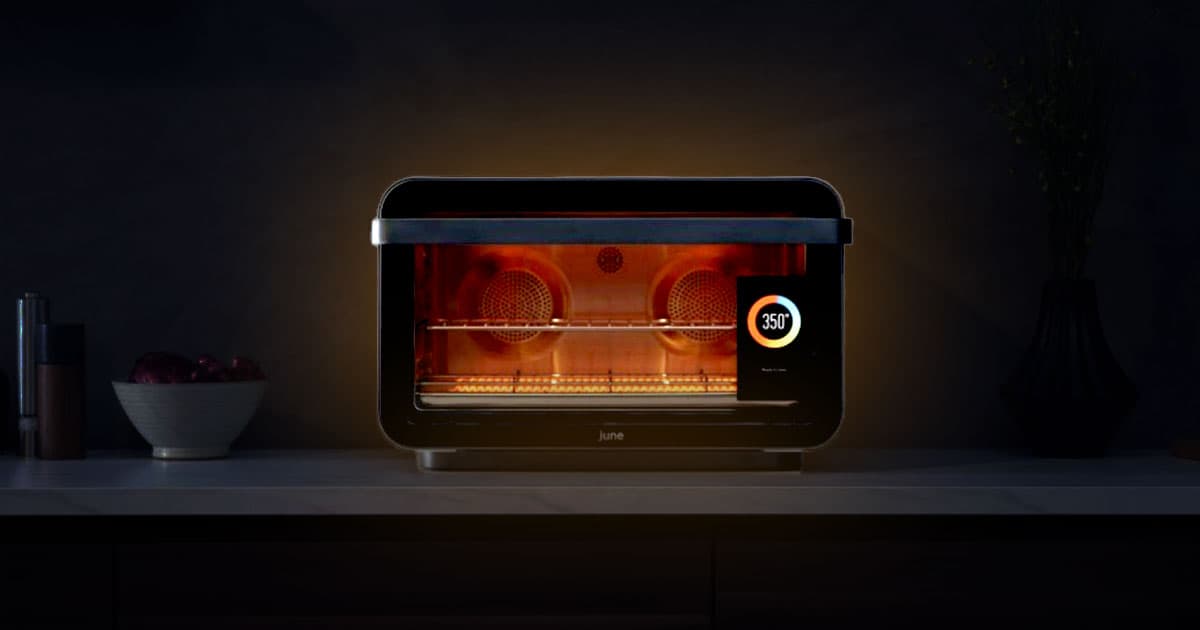 WiFi-Enabled Smart Ovens Are Preheating Themselves at Night

The company's explanation: sometimes you hit the wrong button on your phone. And, you know, accidentally start your oven.

The company's explanation: sometimes you hit the wrong button on your phone. And, you know, accidentally start your oven.

Remember Juicero, the $400 juicer that attracted more than a hundred million dollars in venture capital? If so, you probably remember the near-universal ridicule when it came out that you could squeeze the startup’s Keurig-like fruit bags by hand. Eventually, the company had to shut down in disgrace.

Now, The Verge is reporting that internet-connected ovens made by the company June are turning themselves on at night, preheating to a blistering 400 degrees. Yet another sign that — stick with me here — not every appliance needs to be smart.

One user didn’t notice that his June Oven’s broiler turned up to 400 degrees for multiple hours around 2:30 AM, The Verge reports — three hours after his wife baked a late-night pie. The harrowing tale came courtesy of a June Owners Facebook Group with over 2,000 members.

June released its $599 second-generation oven in 2018, which includes wank gadgets including a camera to baking with an app. It can also air fry, dehydrate, slow cook, and broil.

Luckily, no fire has been reported as a result of a rogue June Oven. And June had a simple, if worrisome, explanation: user error.

READ MORE: Smart ovens have been turning on overnight and preheating to 400 degrees [The Verge]

Ice Cream Dreams
McDonald’s Sued by Ice Cream Hackers for $900 Million
Mar 4
Read More
Brands We Love
The Internet of Things Is the Future and This Training Can Help You Master It
7. 20. 20
Read More
Johnson Unhinged
5 Insane Quotes From Boris Johnson’s Bizarre UN Speech About Tech
9. 25. 19
Read More
+Social+Newsletter
TopicsAbout UsContact Us
Copyright ©, Camden Media Inc All Rights Reserved. See our User Agreement, Privacy Policy and Data Use Policy. The material on this site may not be reproduced, distributed, transmitted, cached or otherwise used, except with prior written permission of Futurism. Fonts by Typekit and Monotype.