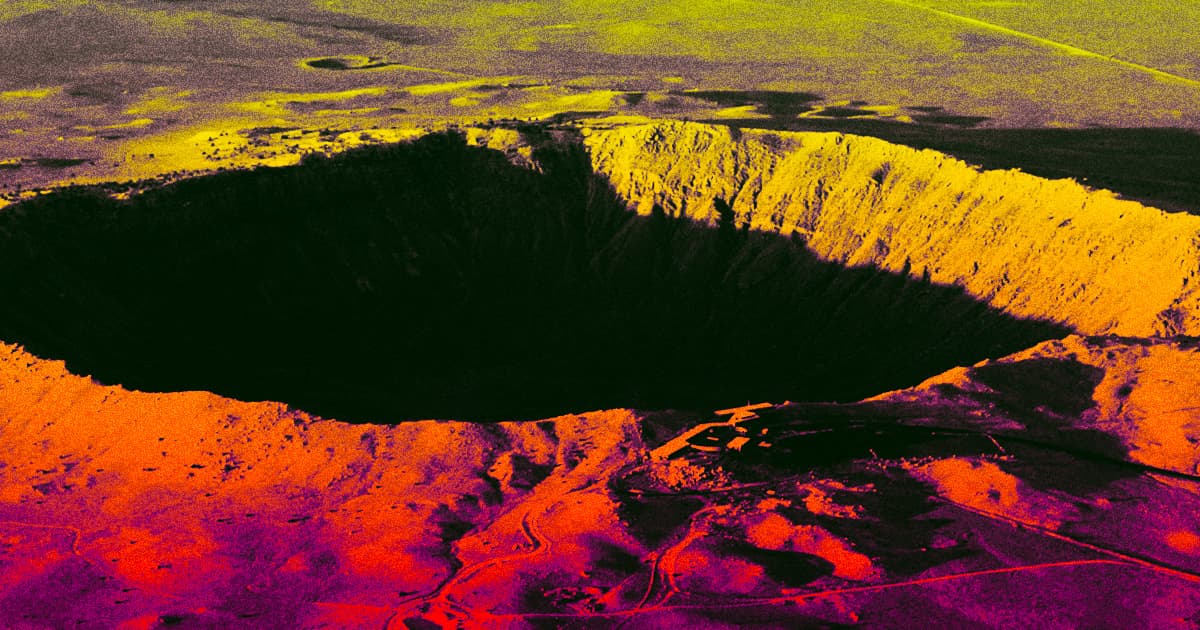 Fun Website Lets You Simulate an Asteroid Impact in Your Hometown

If you're in the mood to spiral into existential despair, look no further. Introducing: Asteroid Launcher, an extremely fun, totally chill website that allows you to simulate how, exactly, an asteroid might crush, vaporize, set fire to, and otherwise destroy any given locale.

The app — whipped together by developer Neal Agarwal, who has a knack for fascinating data-driven projects — is impressively detailed. First, you select the asteroid's composition. Iron? Gold? Stone? Have fun with it — the space rock, as they say, is your oyster! You then pick its diameter, which can range from a relatively tiny three feet to a honkin' mile-wide big boi.

Finally, you pick that asteroid's speed and angle, and voilà: the site will provide extremely precise estimates of death and destruction, taking into account the size of the impact's resulting crater as well as the fireball, shockwave, mega-tornado-like wind speeds, and devastating earthquakes that all ensue. Cheers!

New page! Make your own asteroid and launch it at Earth to see the effects.

NASA, We Have Thoughts

While it's certainly spooky to put an asteroid-to-Earth impact into perspective, some of the details provided by the app — if unnerving — are admittedly cool.

For example, the simulator won't just tell you how many people are vaporized upon impact or burned up in the fireball. It'll also tell you how many folks might sustain lung or ear damage as a result of the shockwave, not to mention all the poor souls killed from the impact's searing wind speeds.

Scary? For sure. But also pretty fascinating. If anything, it might be a sound tool to generate public support for NASA. After all, gotta convince taxpayers that their asteroid-deflecting dollars are being put to good use.

More on concerning simulations: In Nasa Simulation, Humankind Dismally Failed to save Earth from Killer Asteroid