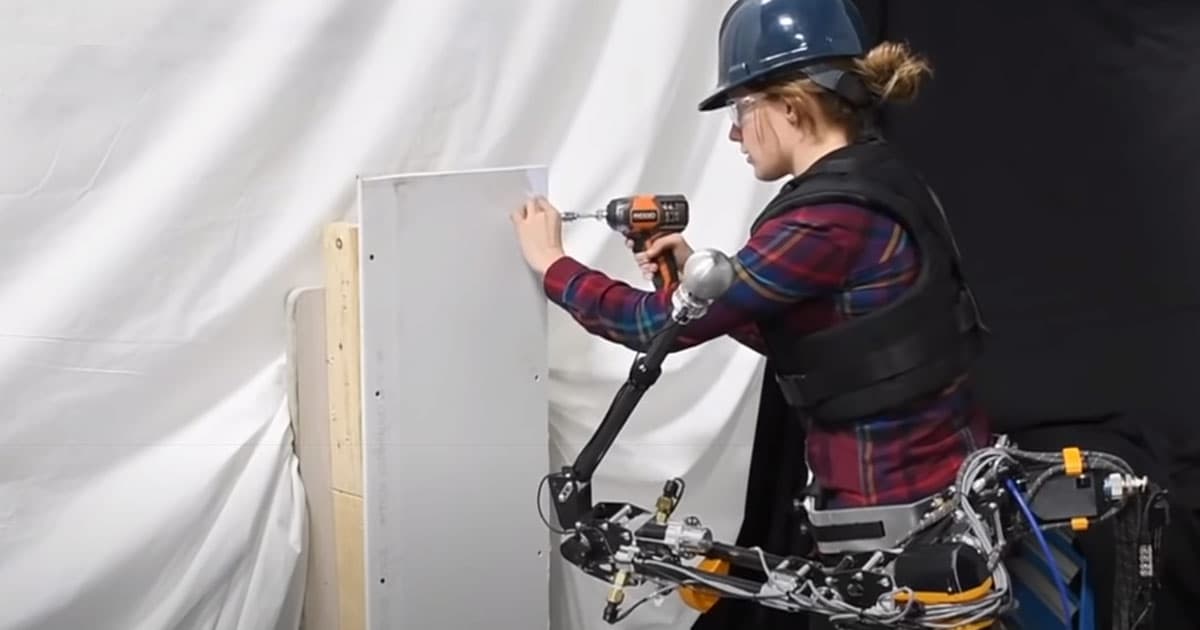 A team of researchers from Université de Sherbrooke in Canada have created a badass, waist-mounted hydraulic arm that's capable of smashing through walls, IEEE Spectrum reports.

A video uploaded by the team shows the robotic arm in action. It can move heavy power tools, paint walls, pick vegetables — and even Hulk smash through drywall.

The robotic arm can be remote controlled by a miniaturized version of the arm operated by a second person standing nearby.

The user will not have to carry the weight of the entire machinery on their back thanks to a tether that connects the arm to bulkier machinery nearby. The arm itself weighs about as much as a real human arm.

Lead researcher Catherine Véronneau told IEEE Spectrum that they're planning to have some fun with the robotic arm — once they can return safely to their workplace.

For instance, the team is planning to recreate a hilarious commercial uploaded to YouTube back in 2012 that shows a man dancing, while a similar waist-mounted robotic arm keeps his pint of beer steady on a small platter.

Helping Hand
This Autonomous Robot Arm Feeds People Who Can’t Feed Themselves
3. 14. 19
Read More
The 'Hexbot' Transforms Your Desk Into a 3D Printer and High-Tech Assembly Line
2. 5. 19
Read More
Florida Man Becomes First Person to Live With Advanced Mind-Controlled Robotic Arm
2. 3. 18
Read More
+Social+Newsletter
TopicsAbout UsContact Us
Copyright ©, Camden Media Inc All Rights Reserved. See our User Agreement, Privacy Policy and Data Use Policy. The material on this site may not be reproduced, distributed, transmitted, cached or otherwise used, except with prior written permission of Futurism. Articles may contain affiliate links which enable us to share in the revenue of any purchases made.
Fonts by Typekit and Monotype.