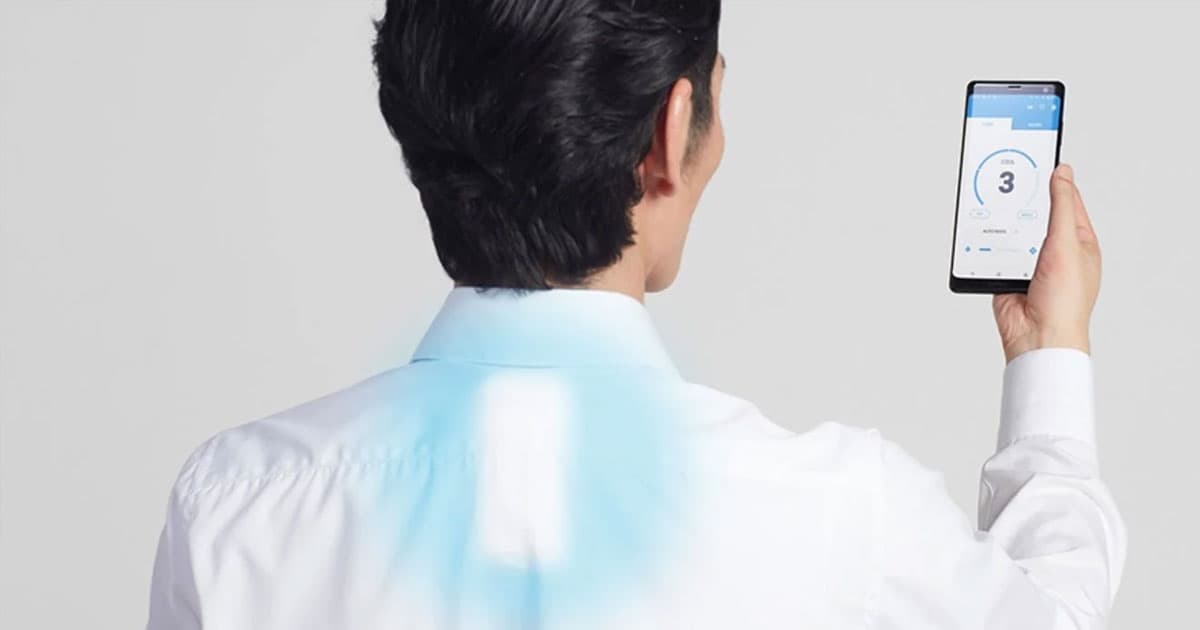 You'll have to take Sony's word that it actually works.

You'll have to take Sony's word that it actually works.

Sony has developed a wearable personal air conditioner that you can stick inside a specially-designed pocket sewn into an accompanying shirt.

The device was meant to cool down attendants of the Tokyo 2020 Olympics, but the event had to be postponed due to the coronavirus. But summer itself isn't cancelled — with much of North America slammed by a July heat wave — so luckily Sony decided to make the futuristic device available for purchase anyway.

The device, called "Reon Pocket," is roughly the size of an external battery pack and can, according to Sony, cool you down by a whopping 23 degrees Fahrenheit. It can even warm you up in winter by 14 degrees.

The device uses the "Peltier effect" to either absorb or produce heat by passing a current through a thermocouple circuit and a small fan.

A 2.5 hour charge gets you anywhere between two to four hours of cooling or heating, the company says.

Sony is also selling T-shirts alongside the device, for $20 each, that feature a special pocket between the shoulder blades to slide the device into.

An accompanying app, available on both iOS and Android devices, allows you to control the gadget.

The device went on sale exclusively in Japan on July 1, where it costs about $170. Sony has yet to announce any plans to sell the device in the US.

Early reviews are mixed. The device has an average of 2.8 stars out of five on Amazon Japan.

"I was surprised to cool down in no time after turning it on," reads a five star review, as interpreted by Google Translate.

Most reviewers, though, were far less kind.

"Only one very narrow point of the spine is cooled loosely, so what?" one disappointed reviewer noted. "In fact, there was no significant difference in the amount of perspiration between use and non-use."

More on the device: Sony Unveils Wearable Air Conditioner That Sits in a Shirt Pocket

FROM THE DEPT. OF THINGS TO BUY
The Best 75-Inch TVs of 2023
8. 7. 22
Read More
After 12 Years, Sony's First Robotics Project Will Be a New Robotic Pet
10. 10. 17
Read More
Sony Just Unveiled The "World's Fastest" SD Card
2. 27. 17
Read More
+Social+Newsletter
TopicsAbout UsContact Us
Copyright ©, Camden Media Inc All Rights Reserved. See our User Agreement, Privacy Policy and Data Use Policy. The material on this site may not be reproduced, distributed, transmitted, cached or otherwise used, except with prior written permission of Futurism. Articles may contain affiliate links which enable us to share in the revenue of any purchases made.
Fonts by Typekit and Monotype.