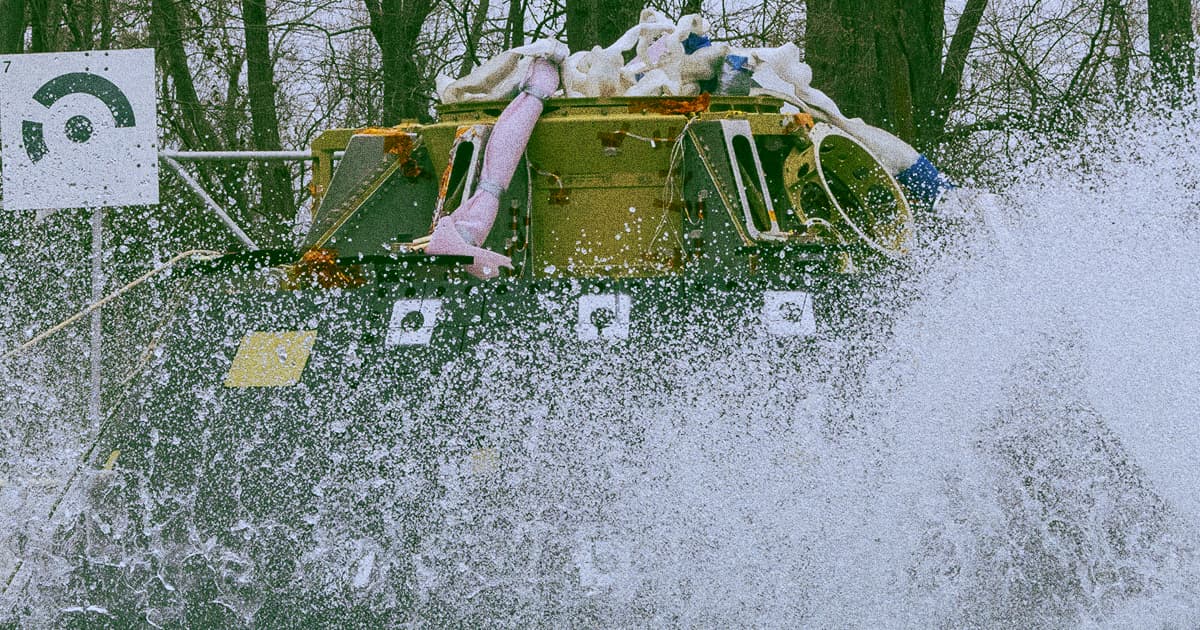 Watch as NASA Drops a Spacecraft Into a Huge Dunk Tank

There's a good reason, we promise.

There's a good reason, we promise.

On Tuesday afternoon, NASA Dropped a 14,000-pound model of its Orion spacecraft into a gigantic swimming pool.

The test, which looked like a scaled-up version of a carnival dunk tank — minus the stuffed animal prize — seems silly at first glance. In video footage, the mock Orion fell a few feet before floating to the side while various NASA techs murmured their approval. But as Gizmodo reports, plunking the spacecraft into a big pool is actually a critical part of making sure it's safe for human passengers down the road.

Well they dropped Orion and it made a splash, so that was a successful test.

"That was so exciting!" - NASA TV's been working overtime on the PR for Orion during this webcast. pic.twitter.com/Aq1qTGK0QA

Prior to the SpaceX Crew Dragon's return to Earth last summer, NASA hadn't completed a crewed splashdown in nearly five decades, according to Gizmodo. Since crewmembers on the Artemis III mission will land in the Pacific Ocean when they return from the Moon, testing out how the Orion spacecraft fares in open water is pretty important.

The mock spacecraft was covered in various sensors that told NASA about the various forces acting on the model during the test, which the space agency can use to further refine the structure to make sure it holds up during a real landing, NASA data analyst Jacob Putnam explained during a livestream of the event. But as long as it floated, he added, NASA could consider the test a success.

So the test may not have resulted in the coolest splash we've ever seen, but seeing the capsule effortlessly float at the surface of the water is a particularly reassuring sight knowing that people will eventually be sitting inside it and bobbing along.