An uncrewed test flight is slated for November 2021. 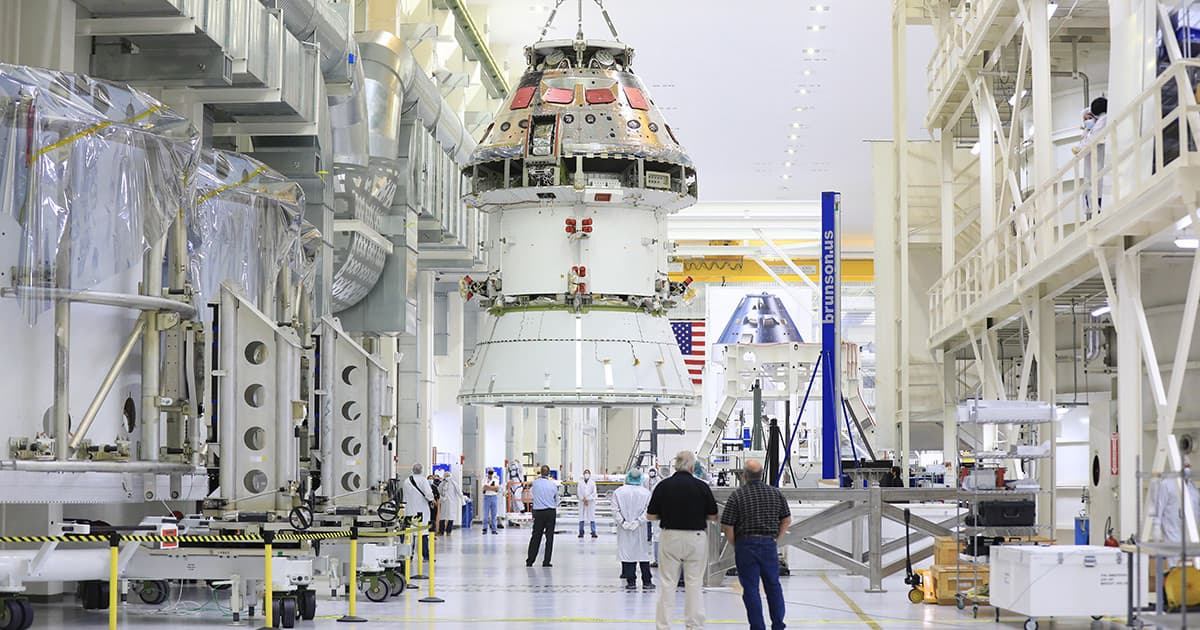 NASA's Orion, the spacecraft designed to carry American astronauts to the Moon as part of the agency's Artemis program, just completed its System Acceptance Review and Design Certification Review. In other words, Orion is officially fit to embark on its maiden voyage as soon as next year.

The Orion spacecraft is a partially reusable capsule meant to ferry a crew of between two and six into space and as far as the lunar orbit. It also features an emergency abort system and the ability to provide safe re-entry from deep space.

The thorough review included system tests, inspection reports, and detailed analyses of every part of the spacecraft. It also signifies "the final formal milestone to pass before integration with the Space Launch System rocket," according to a NASA statement.

The news comes a day after Northrop Grumman successfully fired a massive 154-foot SLS booster during a test in the Utah desert.

Artemis I, formerly known as Exploration Mission-1, will put Orion and SLS to the ultimate test — the mission will be a three week, uncrewed test flight around the Moon, getting to within just 60 miles of the lunar surface.

The mission is slated for November 2021. The first crewed mission, Artemis II, is expected to launch in August 2023.