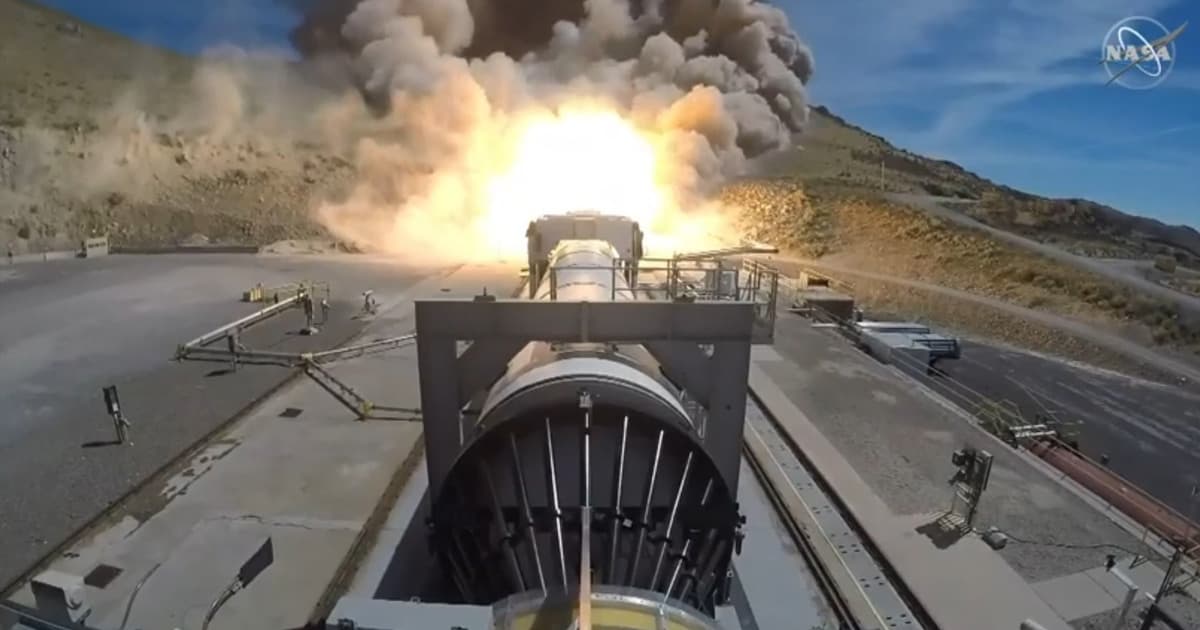 Back to Space Race

Northrop Grumman just ignited a booster for NASA's long-awaited Space Launch System (SLS) — blasting so forcefully that it ignited brush on the surrounding hills at the company's test facility in Promontory, Utah.

The @NASA_SLS rocket booster test is in progress. pic.twitter.com/LslCGsRqzs

The booster started a fire on the hillside. pic.twitter.com/jANraG9mIp

The Flight Support Booster, or FSB-1, is meant to lay the groundwork for improving future rocket boosters that are meant to power NASA's SLS, as Spaceflight Now reports.

The SLS is a heavy-lift launch system meant to one day carry astronauts to the Moon as part of the agency's upcoming Artemis missions. A July test of the core stage rocket built by Boeing was a success.

The SLS core stage is even bigger, towering at 212 feet and designed to push out two million pounds of thrust from four RS-25 engines.

"From our view, it looks like everything went great," NASA's TV commentator said during the live stream of the event.

"Rockets, especially big ones, are rather hard," Ars Technica senior space reporter Eric Berger wrote in a tweet, congratulating Northrop Grumman. "Good work by NASA and Northrop Grumman to pull off this test."

More on SLS: Boeing Just Powered Up NASA’s Most Powerful Rocket Ever