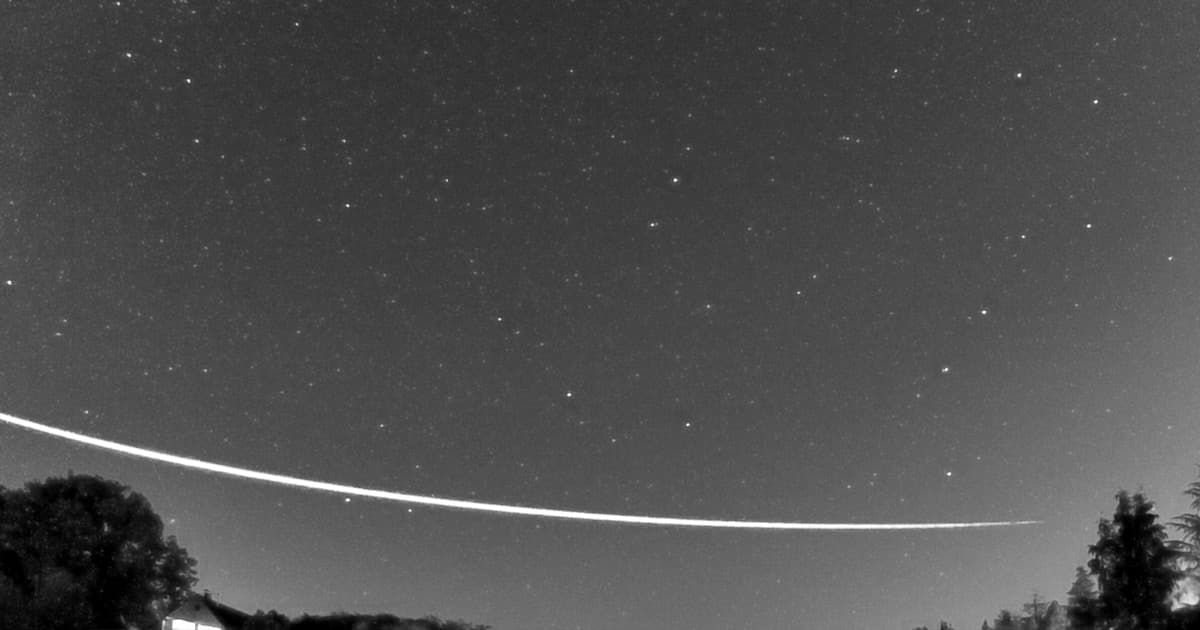 Watch a Meteoroid Bounce Off the Earth's Atmosphere

Last week, a small meteoroid stopped by for a quick visit into our atmosphere before bouncing back off into the cosmos.

Earthgrazing meteoroids, as they're called, are already pretty rare, according to Universe Today, showing up just a few times per year. But even more uncommon: This one was caught on tape — and as more meteoroid-spotting cameras are set up around the world, videos like this might grow more common.

(1/2) An earthgrazer above N Germany and the Netherlands was observed by 8 #globalmeteornetwork cameras on Sept 22, 03:53:35 UTC. It entered the atmosphere at 34.1 km/s, reached the lowest altitude of ~91 km and bounced back into space!@westernuScience @IMOmeteors @amsmeteors pic.twitter.com/5EgRivdcsu

In order for a meteoroid to bounce off of the Earth's atmosphere as this one did, it has to strike at a very precise, shallow angle, according to Universe Today, not unlike skipping a stone across a body of water.

Otherwise, whatever space rock paid us a visit would have suffered the far more likely fate of burning up and disintegrating in the atmosphere as a shooting star.

In this case, the brief visit was caught by a camera that's part of the Global Meteor Network, a growing effort to spot and study various space rocks as they approach the Earth.

"The network is basically a decentralized scientific instrument, made up of amateur astronomers and citizen scientists around the planet each with their own camera systems," Denis Vida, the network's founder and the astronomer who tweeted that video, told Universe Today.

More on meteoroids: Meteoroid Strikes Smash Water Out of The Moon's Surface