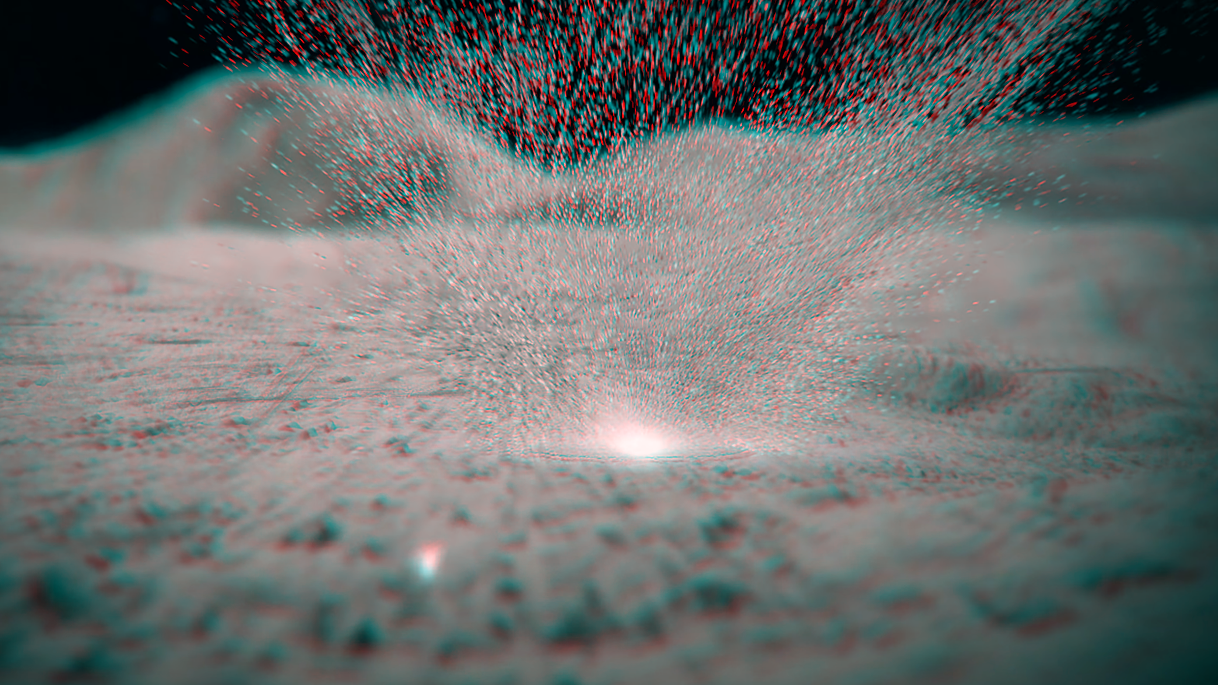 Meteoroid Strikes Smash Water out of the Moon's Surface

The Moon's thin layer of water is getting vaporized and kicked out into space.

The Moon's thin layer of water is getting vaporized and kicked out into space.

The Moon is losing its water.

Beneath its dusty surface, our moon has a thin, lightly-hydrated layer. But new NASA research, published Monday in the journal Nature Geoscience, shows that it's being gradually sucked dry by meteoroid impacts.

After a meteoroid smashes the water out to the Moon's surface, the force of the impact coupled with the absence of an atmosphere causes it to vaporize, according to the research.

About a third of the vapor falls back down to the Moon's surface, but the rest is kicked out into space — where one recent puff of vapor was detected by the Lunar Atmosphere and Dust Environment Explorer (LADEE), an orbital robot analyzing the Moon's thin atmosphere.

LADEE's findings help explain why there are icy craters on the Moon's surface, according to NASA. These icy deposits are in areas where low temperatures prevent the ice from vaporizing, so it's just left sitting on the surface after an impact dug it up from beneath the surface.

"The water being lost is likely ancient," said NASA scientist Mehdi Benna in a NASA press release published Monday, "either dating back to the formation of the Moon or deposited early in its history."

More on Moon water: Australia Has a Plan to Mine Moon Water