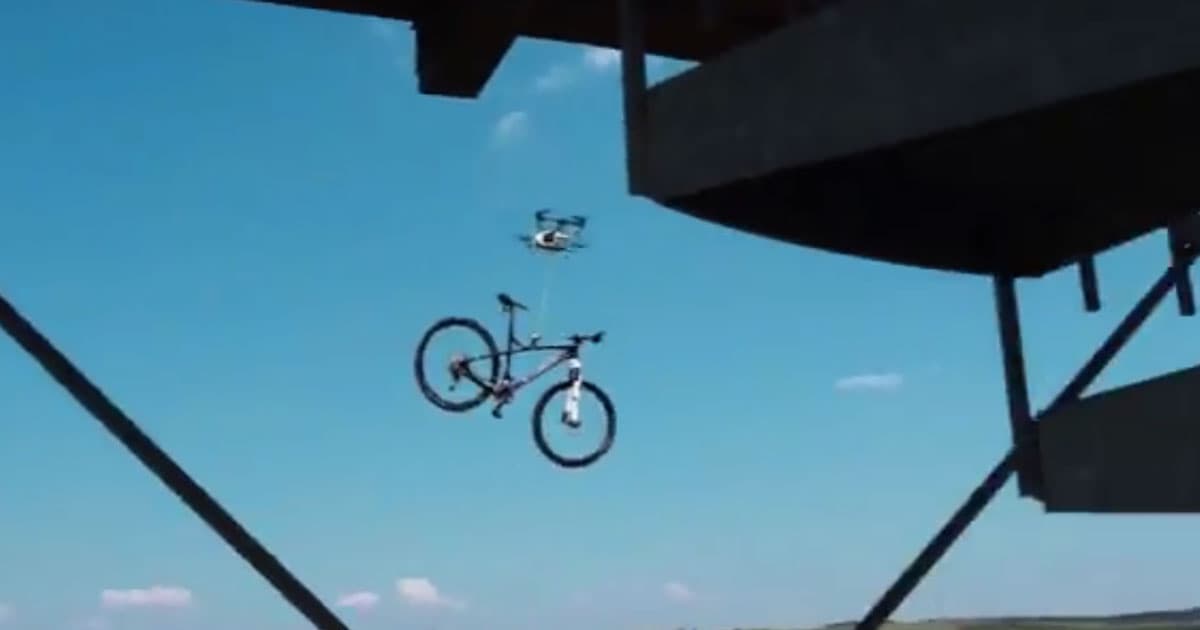 Watch a Drone Steal a Bicycle

It's likely a hoax, but the video could foreshadow the future of crime.

It's likely a hoax, but the video could foreshadow the future of crime.

Here’s something you don’t see every day.

On November 10, a user uploaded a video to YouTube competitor Rumble in which a drone swoops down and carries off an unattended bicycle. According to the video’s description, the heist occurred on October 26 in the small town of Hustopece in the Czech Republic.

“We were at Lookout Tower close to Hustope with few friends when a drone appeared and tried to steal the bike,” wrote the uploader. “The drone was probably boosted somehow. It dropped the bike after few hundred meters.”

As entertaining as the video is, it’s very likely a hoax.

For one thing, the video cuts away at what would likely be the most difficult part of the heist for the drone: actually getting a grip on the bike.

The drone also appears to be a small consumer model — possibly a DJI Inspire 1 — which would only be able to lift less than 10 pounds. Even the lightest production road bike in the world weighs more than that.

And also, the footage of the bike-carrying drone simply looks fake.

The video might be a hoax, but it could also be a window into the future of crime. The beefiest of today’s drones can carry a person, and it’s not a far stretch to imagine someone figuring out a way to use one to swoop in and lift a bike. Heck, maybe they could use something as simple as a powerful magnet to attach to it.

Either way, the video is entertaining, and if nothing else, it’s a reminder to lock it where you leave it if you want to find it where you left it. Especially in the drone era.