The regulations for consumer drones are coming, but they're not here yet. 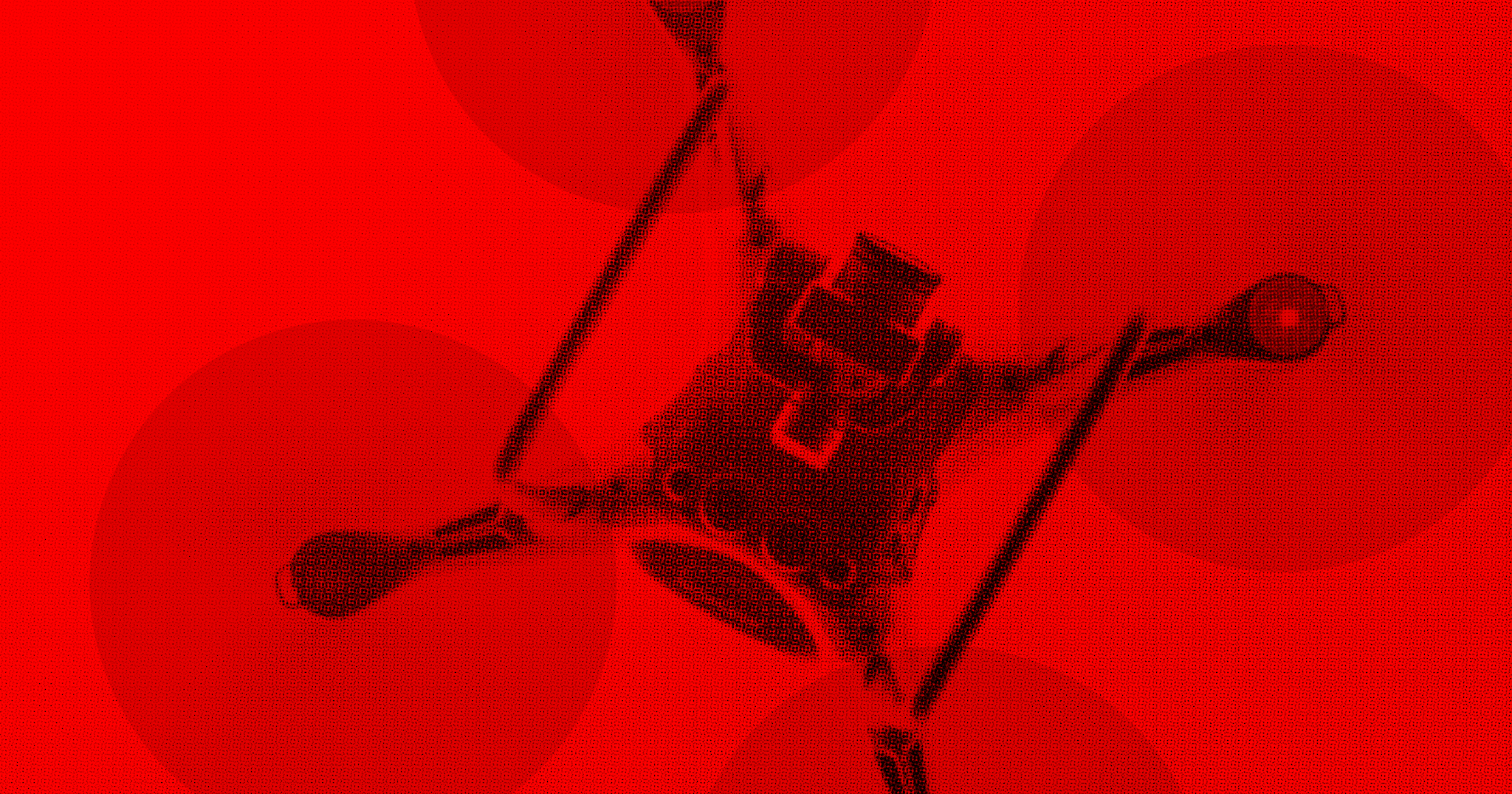 Criminals are no longer restricted to burner phones, guns, and getaway cars. They're finding new, sophisticated ways to smuggle contraband, conduct counter-surveillance, and retaliate against those who threaten their schemes.

Defense One reports that FBI agents were monitoring a hostage situation involving organized crime at an undisclosed location last winter. To confuse the agents, the gang used a swarm of small drones to repeatedly fly close to their heads at high speeds, forcing them out of their hiding spot, according to the FBI's head of operational technology, Joe Mazel, who spoke at the AUVSI Xponential conference on May 2nd. “We were then blind,” says Mazel — the agents, in other words, lost the target.

The criminals also livestreamed the drone's footage on YouTube, showing their collaborators exactly where the agents were.

This is a pretty sophisticated use of drones, but it's not the only way criminals are doing so. Drug smugglers have used drones to get contraband into prisons; other drones have helped immigrants illegally cross borders. Mexican drug cartels have even used drones to drop remotely-detonating explosives on targets.

Trend shouldn't really come as a surprise. Drones are relatively cheap and powerful and, with a bit of practice, they can be flown by pretty much anybody. High fences, difficult terrain, and no-fly zones are just details to consumer drones, and their ranges are ever-increasing: even mainstream drones can now be operated from two to three miles away. A drone swarm takes a bit more doing, but it's far from unfeasible.

But law enforcement isn't sitting idly by while criminals are ratting out FBI agents in the field. In May 2017, the White House proposed that police should legally shoot down drones in response to the proliferation of small drones among criminals and regular drone enthusiasts alike — especially when they are being flown off-limits, like, say, over the White House.

And the Federal Aviation Administration is working to make it illegal to "weaponize" consumer drones, require drones to fly within the operator's line of sight, and make a national registry of drones and their operators.

The FBI hostage situation is just one incident in a growing trend that has already become a real problem for law enforcement. Consumer technology is advancing faster than law enforcement can keep up. It's a game of cat and mouse that, luckily, doesn't seem to have led to much bloodshed, at least not yet. Regulating drones before that happens is probably not a bad idea.