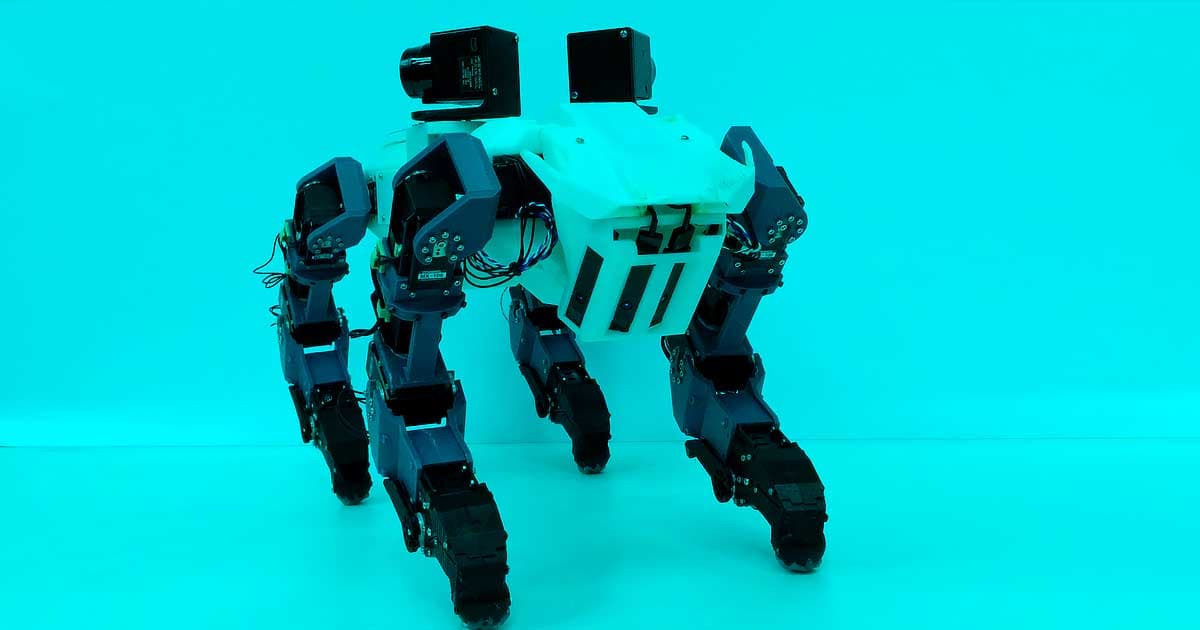 Watch a Dog-Like Robot Climb Straight up a Ladder

It seems anything's possible with enough perseverance — and the right neural network.

It seems anything's possible with enough perseverance — and the right neural network.

We've seen four-legged robots dance, crank out some push-ups, and even backflip through autumn leaves.

But now, IEEE Spectrum reports that a team of Japanese roboticists has taught a dog-like robot a new trick: how to autonomously climb a vertical ladder.

The team from Tokyo Metropolitan University and Okayama University presented their quadruped robot at the 2019 IEEE/RSJ International Conference on Intelligent Robots and Systems on November 5.

The bot has four legs, each with five degrees of freedom and — this is key — an opposable thumb of sorts that it can use to grip the ladder's rungs. The robot also features an array of sensors that work with a recurrent neural network to guide it up the ladder.

The team has yet to publish a paper on its robot, but the released video of the machine in action is remarkable.

It's not hard to imagine a future version of the bot helping humans in disaster scenarios, climbing into dangerous environments as easily as it might walk across level ground.