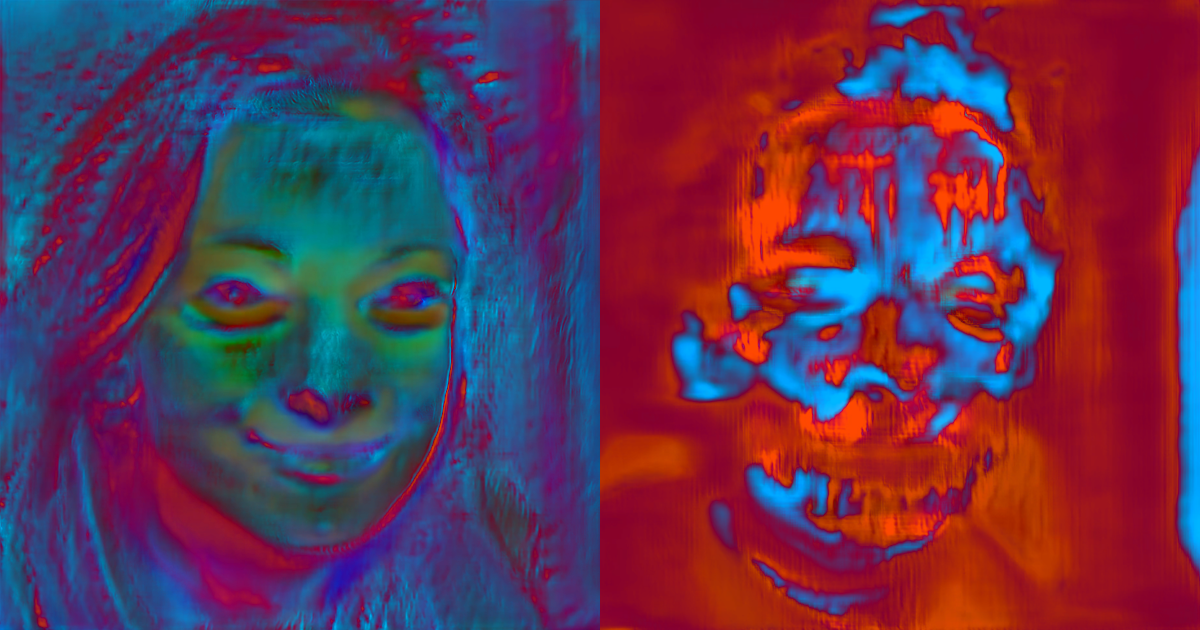 The neural network was programmed to create a face — then forget it.

The neural network was programmed to create a face — then forget it.

We now know what it looks like when a neural network dies.

This strange new experience is courtesy of an artist who identified herself only as "the girl who talks to AI" in an email to Vice. For a recent project titled "What I saw before the darkness," she programmed an artificial intelligence to generate a human-looking face, then shut off its own neurons one at a time — a process she recorded and shared in a time-lapse video.

The "death" of the neural network is downright unsettling.

What starts as a normal-looking face slowly takes on strange glitches — lines shift, colors change, and features blur until the face is no longer a face at all, replaced instead by blobs of brown and white that eventually fade to black.

According to the artist, the subject of the project may be a creative AI, but her hope is that it reveals something new about humans.

"The brain constructs a different reality, but there is no one to call a bluff," she told Vice. "Neuroscientists tell us deep neural networks are similar to the visual system in certain aspects, so this project for me is a unique opportunity to see the world changing in someone’s mind, albeit artificially."

AI Bigots
That AI Image Generator Is Spitting Out Some Awfully Racist Stuff
6. 15. 22
Read More
Mind Bender
Physicist: The Entire Universe Might Be a Neural Network
9. 9. 20
Read More
Salvador Dalek
Someday, Robot Artists May Have to Explain Their Creations to Us
11. 22. 19
Read More
+Social+Newsletter
TopicsAbout UsContact Us
Copyright ©, Camden Media Inc All Rights Reserved. See our User Agreement, Privacy Policy and Data Use Policy. The material on this site may not be reproduced, distributed, transmitted, cached or otherwise used, except with prior written permission of Futurism. Articles may contain affiliate links which enable us to share in the revenue of any purchases made.
Fonts by Typekit and Monotype.