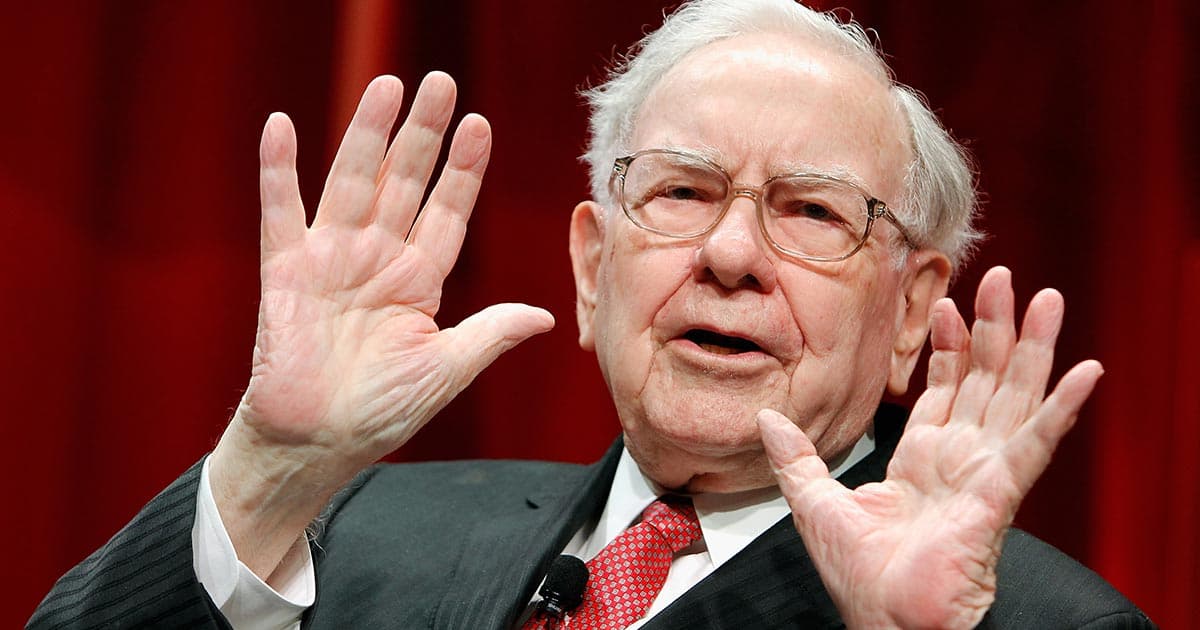 Why'd he switch up now?

Why'd he switch up now?

Warren Buffett is one of the world's wealthiest people and the CEO of Berkshire Hathaway, one of the largest and richest holding companies in the world. You'd think his financial advice would resonate with a lot folks, but his latest remarks on cryptocurrency aren't likely to inspire much love among its fans.

A new CNBC interview published Saturday painted Warren as solidly anti-Bitcoin. The investor said he couldn't be bothered to invest in the asset, even if it was offered to him for next to nothing.

"If you told me you own all of the bitcoin in the world and you offered it to me for $25 I wouldn’t take it because what would I do with it?" Buffett told the news outlet. "I’d have to sell it back to you one way or another. It isn’t going to do anything. The apartments are going to produce rent and the farms are going to produce food."

Warren has been outspoken about his dislike for Bitcoin in the past, but that doesn't seem to be stopping NFT and crypto users from pouring their hard-earned cash into an asset class with an uncertain future and which somewhat regularly sees excruciatingly large losses.

Interestingly, Buffett's latest remarks don't quite match up with his own investment history. Back in June of 2021, he invested $500 million of Berkshire Hathaway's cash into a "Bitcoin-friendly bank."

That's a lot of money for anybody to throw at an investment with the remotest chance of backfiring — what happened to change Buffett's mind in the last year, and why aren't other investors paying attention?

More on cryptocurrency: Bored Apes' New Drop Was So Popular It Crashed the Entire Ethereum Blockchain

La La La
SBF's Dad Kept Sticking His Fingers in Ears During Court Hearing
12. 15. 22
Read More
Sword Art Online
Guy Who Invented the Word "Metaverse" Building His Own Metaverse
9. 19. 22
Read More
Market Madness
Bill Gates Says He's Quite Concerned About the Global Economy
5. 10. 22
Read More
+Social+Newsletter
TopicsAbout UsContact Us
Copyright ©, Camden Media Inc All Rights Reserved. See our User Agreement, Privacy Policy and Data Use Policy. The material on this site may not be reproduced, distributed, transmitted, cached or otherwise used, except with prior written permission of Futurism. Articles may contain affiliate links which enable us to share in the revenue of any purchases made.
Fonts by Typekit and Monotype.