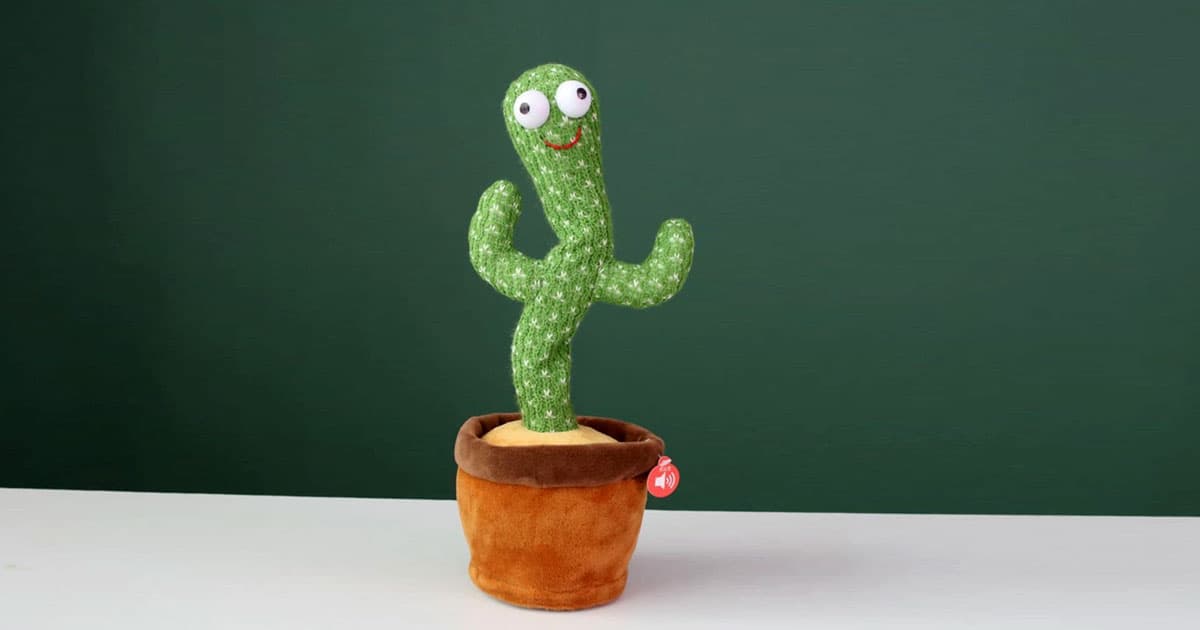 Walmart Removes Listing for Kids' Toy That Sings About Cocaine

"This is not what I ordered for my granddaughter."

"This is not what I ordered for my granddaughter."

Ania Tanner, a grandmother from Ontario, Canada, was shocked when an innocent-looking dancing cactus toy she bought for her granddaughter at Walmart started swearing and singing about doing cocaine in Polish, CTV News reports.

"This toy uses swear words and talking about cocaine use," Tanner told the broadcaster. "This is not what I ordered for my granddaughter."

Unsurprisingly, Walmart yanked the toy from its online store — although people had been complaining about the toy for at least five months, according to CTV.

According to a screenshot shared by CTV of Walmart Canada's website, this specific dancing cactus was a "learning toy" and retails for about $20.

But its rapping skills in Polish weren't age-appropriate. In addition to rapping about cocaine, the jovial succulent also covered other pleasantries such as suicide and depression.

"It just so happens that I am Polish and when I started to listen to the songs and I heard the words," Tanner told CTV News. "I was in shock. I thought what is this some kind of joke?"

"It's about taking five grams of cocaine and being alone... It's a very depressing song," she added.

As it turns out, the Chinese manufacturer apparently had no idea it was using a song by Polish rapper Cypis — who, according to CTV News, had no idea his song was being used for a children's toy at all.

Cypis is now taking legal action against the manufacturer for the blatant copyright infringement.

READ MORE: Walmart pulls children's toy off its website that swears and sings in Polish about doing cocaine [CTV News]

Fry Day
Walmart Is Testing a Robot to Replace Its Fry Cooks
12. 12. 18
Read More
What's It Like Working Alongside Automation? How Walmart's New Robots "Fit In"
2. 1. 18
Read More
Walmart Is Getting New Employees, and They're Robots
10. 27. 17
Read More
+Social+Newsletter
TopicsAbout UsContact Us
Copyright ©, Camden Media Inc All Rights Reserved. See our User Agreement, Privacy Policy and Data Use Policy. The material on this site may not be reproduced, distributed, transmitted, cached or otherwise used, except with prior written permission of Futurism. Articles may contain affiliate links which enable us to share in the revenue of any purchases made.
Fonts by Typekit and Monotype.