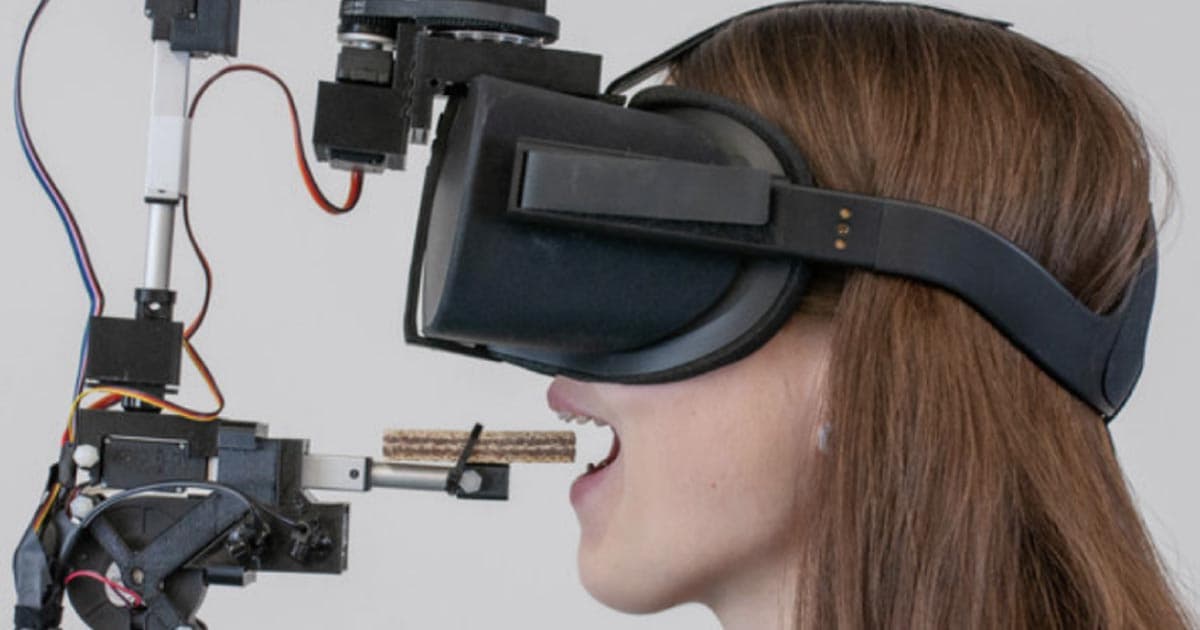 Who wouldn't want to experience that?

Who wouldn't want to experience that?

As if the metaverse wasn't terrifying enough already.

We already knew about a new device built by scientists at Carnegie Mellon University to create sensations on your lips during VR. Initial reports focused on its potential for simulating the experience of kissing for VR lonely hearts, but in a new interview with the Daily Beast, one of the creators of the gadget says that it'd be much better suited for a far more horrifying purpose: creating the illusion of a spider walking on your lips.

"You can’t make this giant ball of feeling," Carnegie Mellon robotics PhD student Vivian Shen told Beast. "That’s why all our example sensations are very small like a spider on your face or stuff like wind and rain."

While that may sound like something yanked straight out of a bad dream, the device's inventors claim it could make virtual reality more immersive or even help train dentists and orthodontists.

The device works by bombarding the lower half of your visage with harmless ultrasound waves from 64 tiny transducers, building up "enough pressure that it actually dents your skin," Shen, who co-authored a yet-to-be-peer-reviewed paper about the gizmo, told the Beast.

"What it feels like is a tiny vibrating node in space," she added.

The device has some limitations. While it can replicate disconcerting experiences like a tiny arachnoid creature scuttling across your mouth, the device won't be able to generate enough force to simulate a sucker punch or slap — for better or worse.

It can, however, replicate the sensation of you taking a sip of coffee, a puff of a cigarette, or even brushing your teeth, as demonstrated in a video.

It'll probably be a while until we see consumer products making use of ultrasound wave technologies, if ever. But it certainly sounds like a creative way to bring some of our most terrifying nightmares to life — so look out if the developers of the Silent Hill franchise ever get hold of this tech.