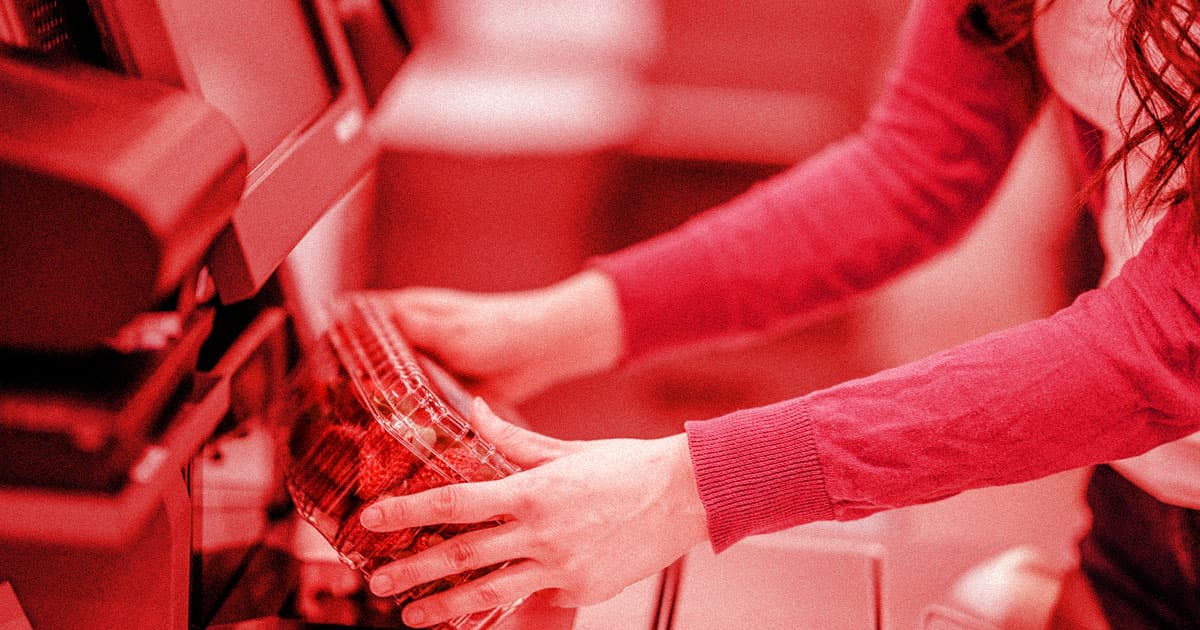 This is messed up.

This is messed up.

Now, they're outsourcing cashier jobs to people in other parts of the world, paying them well below the local minimum wage.

Freshii, a grocery and deli chain based in Canada, started piloting new "Percy" devices attached to registers at at least three of its locations, which allow remote employees to assist the checkout process, Canadian newspaper the Toronto Star reports.

According to the report, some of these employees are calling in all the way from Nicaragua and make as little as $2.93 an hour — which may be in line with employment standards in Nicaragua, but way below Canada's federal minimum wage of around $12.14 USD.

The technology is reportedly meant to help grocery chains grapple with the ongoing labor shortages by bringing in workers from other countries.

But not everybody agrees the arrangement is fair.

"You’re taking a situation where you’re exploiting workers in another country who have a lesser working standard, who have a much smaller minimum wage," Bea Bruske of the Canadian Labor Congress told Global News. "That’s not acceptable, nor should it be acceptable."

While Freshii has yet to comment on the controversy publicly, many social media users have expressed outrage at Freshii's tactic.

"If you cared about Earth then you'd care about the people who live in it," one Facebook user wrote. "Your board of directors and CEO should resign for exploiting people in Nicaragua. Either keep the jobs in Canada or pay people in Nicaragua what they would make in Canada."

It's certainly a bad look for the company.

"We need jobs that pay taxes in Canada and that help boost our economic activity," Bruske told Global News.

Virtual Murder
UAE Official Says Murder Should Be Illegal in the Metaverse
May 26
Read More
Smile!
Experts Alarmed by Zoom's Tech for Detecting Users' Emotions
May 20
Read More
Don't Look Away
College Students Say Crying In Exams Activates "Cheating" Eye Tracker Software
May 3
Read More
+Social+Newsletter
TopicsAbout UsContact Us
Copyright ©, Camden Media Inc All Rights Reserved. See our User Agreement, Privacy Policy and Data Use Policy. The material on this site may not be reproduced, distributed, transmitted, cached or otherwise used, except with prior written permission of Futurism. Fonts by Typekit and Monotype.