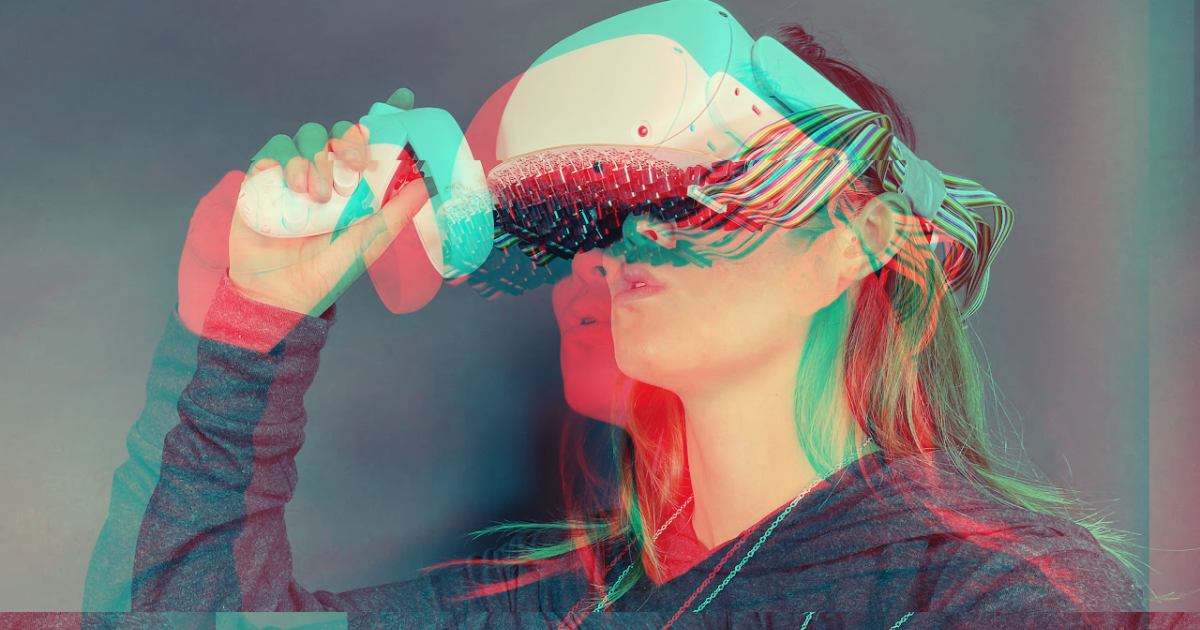 Pucker up baby, because researchers from Carnegie Mellon University's Human-Computer Interaction Institute, aka the Future Interfaces Group or FIG, figured out how to make users feel sensations on their lips, teeth and tongue in virtual reality.

They released video footage of their research as well as a text report this week.

FIG modified a purchased virtual reality headset to output acoustic energy. The tech clips onto existing VR hardware, so you don't need to buy another headset to use it. Pulses are aimed in and around the mouth, and footage shows a user testing the tooth brush, cigarette, hot coffee, and other simulated situations researchers created to go along with the new tech.

In one scene, a player shoots a giant spider and feels nasty green goo sliding down their face.

Of course, Gizmodo's story about the new development gets to the heart of what we're all thinking about — kissing. The report gives more context to the research and said developers could potentially use this tech to simulate the experience of kissing a person in VR, and it's not hard to see the appeal.

"I tried to slap the spider off my mouth," one anonymous tester apparently told the company.

If the team was able to make those spidey senses super realistic, we may be closer than ever to having near-real-life experiences in VR. Hey, it might be weird, but it'll be more interesting than what's gone on in the metaverse thus far.