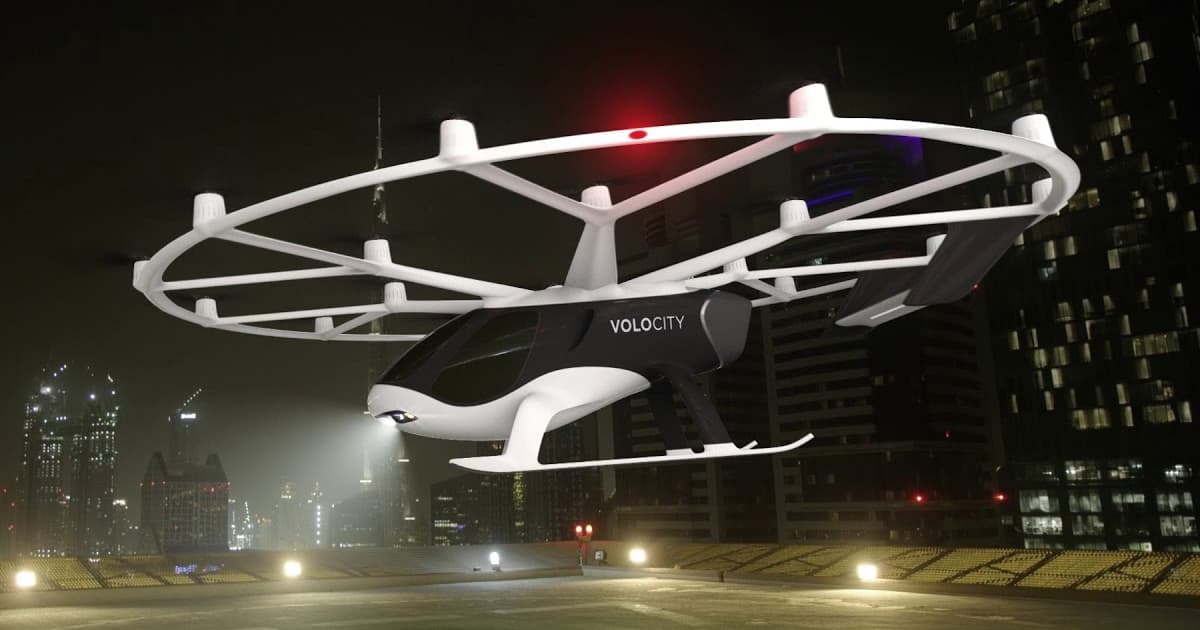 German startup Volocopter just announced that it's taking reservations for electric air taxi rides on board its VoloCity aircraft. Tickets for the "VoloFirst" experience go for 300 euros (about $350) and can be reserved with a ten percent deposit.

You'll have to be quick: the company only made 1000 presale tickets available.

You'll also have to wait up to three long years to experience the thrills of an airborne cab ride. "While the final certification for air taxis is still pending, we do have a detailed realistic timeline to launch commercial VoloCity flights in the next 2-3 years," the company's COO Christian Bauer said in a statement.

For the money, you'll get to experience a flight of about 15 minutes "scheduled within the first 12 months after commercial launch," a video of your flight, and a limited edition certificate.

The Volocity features 18 rotors and can ferry up to two passengers plus hand luggage at up to 68 mph (110 km/h).

The company has made headway in making its electric air taxis a reality. Almost exactly a year ago, Volocopter's all-electric vehicle made its urban flight debut during a presentation in Stuttgart, Germany. A month prior to that, Volocopter's 2X multirotor aircraft became the first of its kind to vertically take off at an international airport.

The vision of having the skies filled with air taxis is still many years out. Infrastructure still has to be built out, governments have to draft new legislation, and an entirely new flight traffic management system will have to be established first — nevermind proving the business model beyond an expensive, one-off novelty experience.

Dubai Says They Successfully Tested the First Autonomous Flying Taxi
9. 26. 17
Read More
Dubai Just Moved One Step Closer to Launching Its Flying Taxi Service
8. 11. 17
Read More
Dubai's Autonomous Flying Taxi Service Will Be Ready for Takeoff This Year
6. 29. 17
Read More
+Social+Newsletter
TopicsAbout UsContact Us
Copyright ©, Camden Media Inc All Rights Reserved. See our User Agreement, Privacy Policy and Data Use Policy. The material on this site may not be reproduced, distributed, transmitted, cached or otherwise used, except with prior written permission of Futurism. Fonts by Typekit and Monotype.