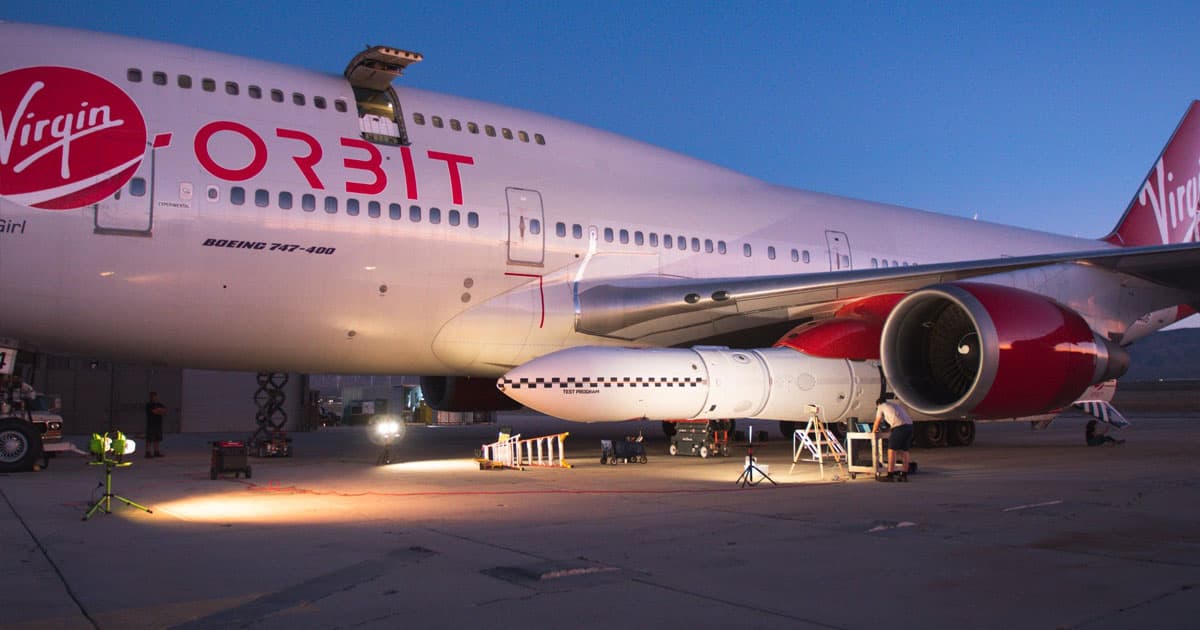 The rocket plummeted down to Earth, as intended by the company, in the final major test for Virgin Orbit's satellite launch system LauncherOne. The idea is to bring down the cost of launching satellites by flying them to high altitudes first, greatly reducing rocket fuel requirements.

In fact, Virgin Orbit has promised to bring down the cost of launching a satellite as part of its LauncherOne system to "about $12 million" according to Richard Dalbello, vice president of business development for Virgin Galactic, who spoke at a panel discussion in 2017.

Virgin Orbit CEO Dan Hart told CNBC that the company’s first official launch "hopefully will be before the end of the summer."

Virgin Orbit isn't the first company consider launching rockets from mid-air. The idea has been around since at least 1990, when aerospace outfit Northrop Grumman launched rockets from a Lockheed Martin aircraft. Launches, however, were far more expensive.

Lion Air Tragedy
Confused Pilots Were Reading Boeing 737 Handbook as Plane Crashed
3. 20. 19
Read More
Space Mile High Club
Did Virgin Galactic's Spaceplane Reach Space? Depends Who You Ask
12. 13. 18
Read More
Boeing Patents Weird Aircraft That Could Stay Aloft for Years
6. 17. 16
Read More
+Social+Newsletter
TopicsAbout UsContact Us
Copyright ©, Camden Media Inc All Rights Reserved. See our User Agreement, Privacy Policy and Data Use Policy. The material on this site may not be reproduced, distributed, transmitted, cached or otherwise used, except with prior written permission of Futurism. Articles may contain affiliate links which enable us to share in the revenue of any purchases made.
Fonts by Typekit and Monotype.