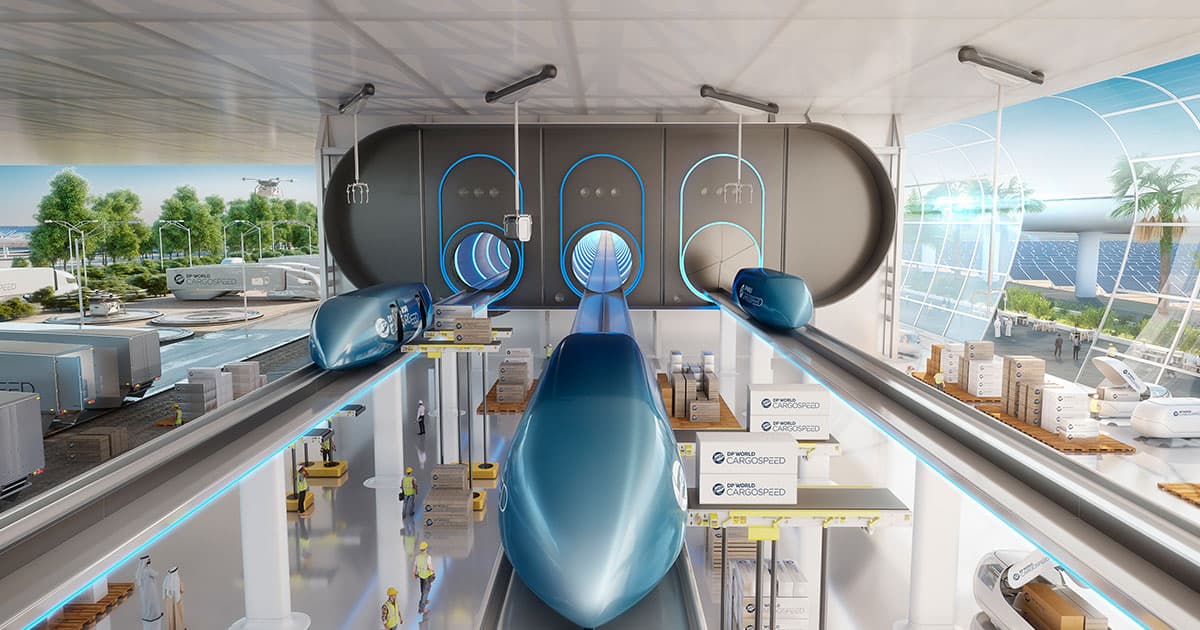 Virgin Hyperloop Just Laid Off Almost Half Its Employees

"Morale is low and there is no confidence in the new direction."

"Morale is low and there is no confidence in the new direction."

Virign Hyperloop, the company leading the charge on making the futuristic transportation system a reality, has laid off 111 workers, the Financial Times reports — which is nearly half its staff, for those keeping count.

The company is now reportedly refocusing its efforts on sending cargo — rather than passengers — through vacuum tubes at speeds of up to 670 mph.

That means the dream of significantly cutting down travel times between cities while speeding inside Hyperloop pods is on thin ice. Virgin Hyperloop is the only company to have actually tested the concept in the real world so far.

Just last year, the company made a big splash with a rendering of what the passenger experience could look like. Now, though, it sounds like that was a dead end.

There are likely many factors at play.

"It really has more to do with global supply chain issues and all the changes due to COVID," the company told the FT, adding that "these types of decisions are never taken lightly."

The company is now hoping to enter the freight market, moving cargo at air speeds but on the ground.

The news comes after the company saw a "massive talent flight," triggered by the departure of cofounder Josh Giegel last year. One former employee told the FT that "morale is low and there is no confidence in the new direction."

"Focusing on pallets is easier to do — there is less risk for passengers and less of a regulatory process," DP World, an Emirati government-owned cargo logistics company that holds a majority stake in Virgin Hyperloop, told the FT in a statement.

DP World is already working on a "Cargospeed" system, which is aimed at moving cargo via Hyperloop-like tubes.

Where that leaves the dream of a Hyperloop passenger transportation system, though, is anything but clear.

Hyperloopy
Here's What Traveling By Hyperloop Could Look Like
1. 27. 21
Read More
Looped In
See a Startup's Newly Unveiled Hyperloop Test Track
2. 26. 19
Read More
Musk Read
Elon Musk’s Boring Co. Didn’t Ask Homeowners Before Tunneling Under Them
11. 15. 18
Read More
+Social+Newsletter
TopicsAbout UsContact Us
Copyright ©, Camden Media Inc All Rights Reserved. See our User Agreement, Privacy Policy and Data Use Policy. The material on this site may not be reproduced, distributed, transmitted, cached or otherwise used, except with prior written permission of Futurism. Fonts by Typekit and Monotype.