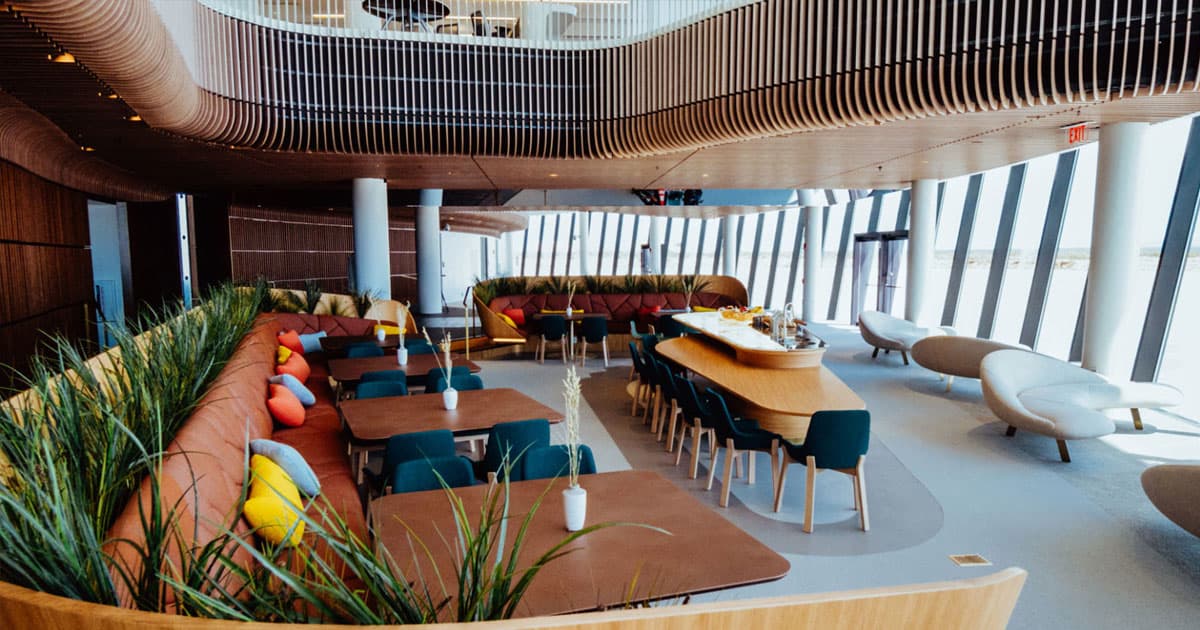 This is where you'll wait to board a rocket to space — if you can afford it.

This is where you'll wait to board a rocket to space — if you can afford it.

Virgin Galactic revealed on Thursday what its spaceport at its new New Mexico home looks like — and it's a beautiful vision of the airport lounge's cosmic successor.

The company moved to the Spaceport America facility in May, which it calls "the world’s first purpose built commercial spaceport." It's purpose, according to the company, is to "provide a fitting welcome to those newly-graduated astronauts returning from space with a new appreciation and understanding of our home planet."

But something is still missing: a boarding ticket to space. While the space company has been working hard to get its space tourism operations up and running, furnishing its flashy new spaceport is a much easier hurdle to clear.

In February, Virgin Galactic's supersonic space plane, the VSS Unity, took off on its fifth test flight, soaring to a new record altitude of 51.4 miles — and close to commercial weight with two pilots and a third crew member.

“Although we passed a major milestone in December, we still have a way to go in testing the many factors that can affect a flight,” read a statement at the time.

New Virgin Hyperloop One Details Revealed at the 2018 Consumer Electronics Show
1. 8. 18
Read More
Saudi Arabia to Invest $1 Billion in Virgin Galactic to Advance Space Travel Projects
10. 27. 17
Read More
Get Ready. Richard Branson is Investing in a Hyperloop.
10. 12. 17
Read More
+Social+Newsletter
TopicsAbout UsContact Us
Copyright ©, Camden Media Inc All Rights Reserved. See our User Agreement, Privacy Policy and Data Use Policy. The material on this site may not be reproduced, distributed, transmitted, cached or otherwise used, except with prior written permission of Futurism. Articles may contain affiliate links which enable us to share in the revenue of any purchases made.
Fonts by Typekit and Monotype.