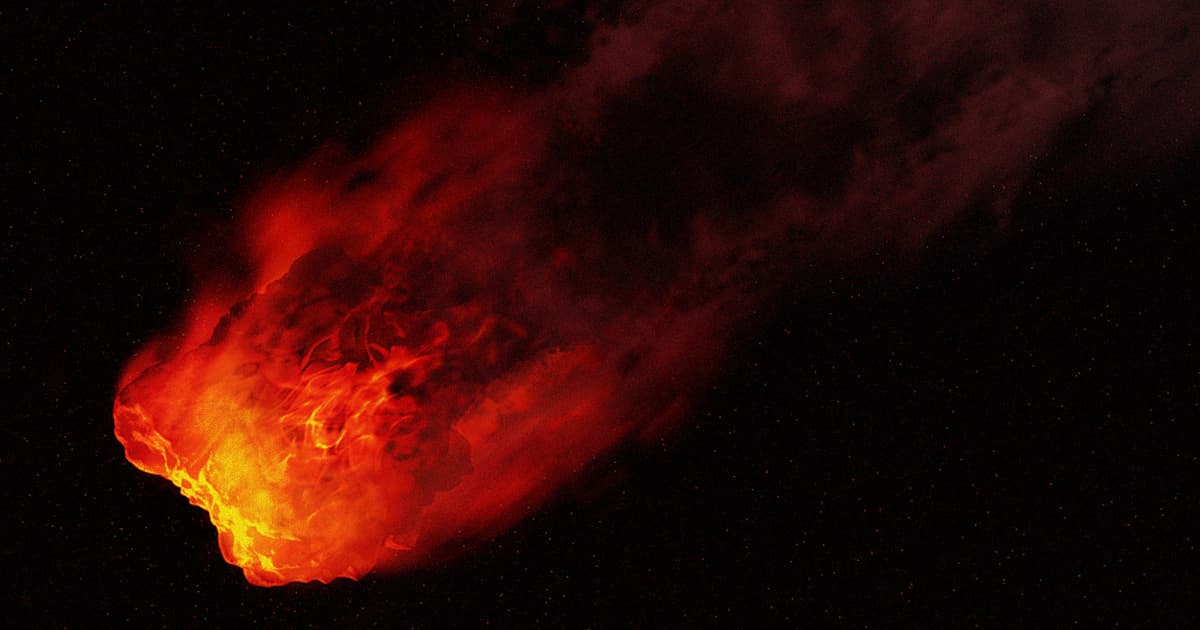 Luckily, there were no reports of injuries.

Luckily, there were no reports of injuries.

A large meteor hurtled over Norway on Monday night, lighting up the sky over most of southern Scandinavia in a burst of light. It was such a violent event, the Associated Press reports, that onlookers heard a roaring sound — a breathtaking example of our planet's protective atmospheric layer in action.

The meteor was visible for about five seconds at around 1 am local time, according to the Norwegian Meteor Network, traveling at nearly 36,500 mph through the sky.

Images of the rare event show a massive ball of light streaking over Oslo. The blast was powerful enough to blow doors open and break a window, with onlookers reporting what sounded like a large explosion over their heads, the BBC reports.

The space rock was an Aten-class asteroid, according to the Meteor Network, a group of objects that often cross the vicinity of Earth in their orbit and thereby are classified as potentially hazardous asteroids.

An analysis showed that this particular space rock may have weighted at least 22 pounds, according to the BBC.

Experts are now trying to pinpoint the place where the meteorite struck the surface. Preliminary reports suggest it may have hit a large forested area not far from Oslo, according to the Norwegian Meteor Network.

More on space rocks: A Meteorite Fell In This Area and Everybody Is Looking for It

Big Impact
Meteorite Hit Mars So Hard NASA Thought It Was a Quake
Oct 28
Read More
Aquatic Aliens
Experts Puzzled by Harvard Scientist Looking for Alien Wreckage in Ocean
Sep 2
Read More
Mars Rock Blues
Mars Rock Samples Probably Won't Infect Earth With Deadly Martian Plague, Scientist Says
Jul 6
Read More
+Social+Newsletter
TopicsAbout UsContact Us
Copyright ©, Camden Media Inc All Rights Reserved. See our User Agreement, Privacy Policy and Data Use Policy. The material on this site may not be reproduced, distributed, transmitted, cached or otherwise used, except with prior written permission of Futurism. Articles may contain affiliate links which enable us to share in the revenue of any purchases made.
Fonts by Typekit and Monotype.