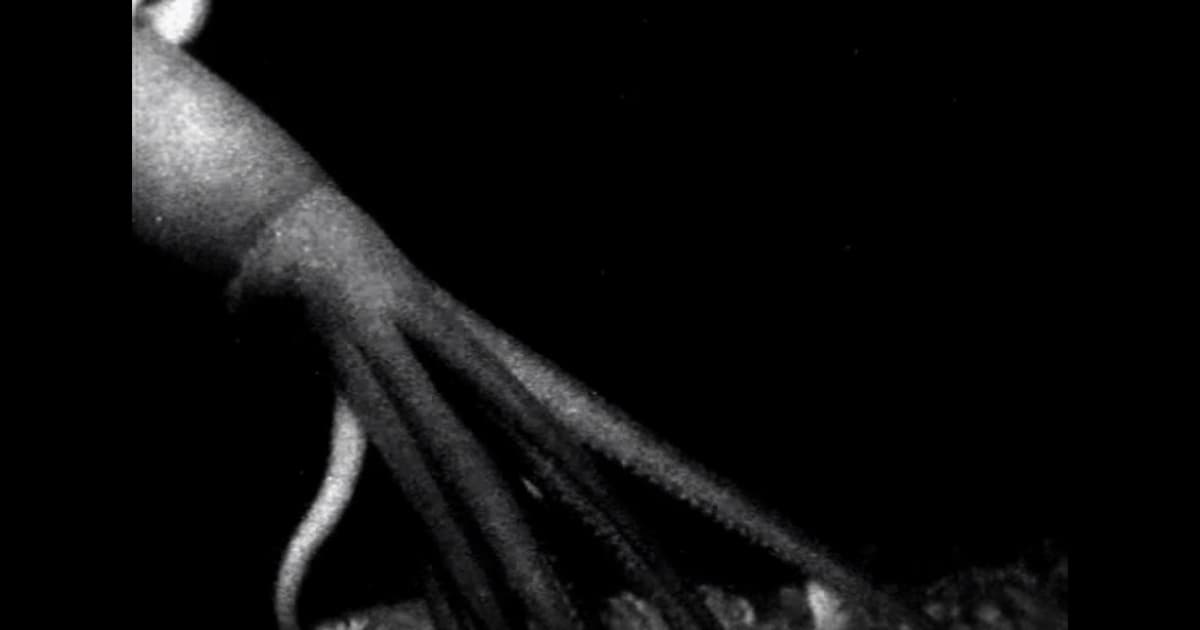 This is pretty creepy.

This is pretty creepy.

The team behind the video published their findings in Deep-Sea Research Part I: Oceanographic Research Papers. In their paper, they describe how they were able to use "unobtrusive deep-sea camera platforms" to record footage of the elusive giant squids.

Dubbed the "Medusa," the camera platform was placed deep in the waters in the Gulf of Mexico as well as off the coast of Japan. You can check out some of the action it captured below:

The footage was a part of a multi-year effort to study giant squids, which are notoriously difficult to film. That’s because typical methods of studying sea creatures, such as submersibles, can easily frighten the fast moving giant squids.

To solve this problem, researchers created the Medusa camera platform that uses "low-light cameras, red illuminators, and bioluminescence-mimicking lures," according to the paper.

The lure is called an "E-Jelly." It works by imitating the glow that certain jellyfish use in response to attacks. Researchers also attached a mesh bag filled with mahi-mahi tuna to the E-Jelly to further attract the giant predators.

The entire contraception ended up working brilliantly and captured some of the best footage of giant squids the world has seen yet.

The team was also able to glean some new insights from the research. For one, they found that the giant squid seemed more attracted to the visual bait rather than food, suggesting that they’re more visual hunters than olfactory hunters.

Also, the squid tended to "stalk" the platform for a few minutes before it attacked.

"This behavior clearly indicates that visual stimuli can elicit hunting behaviors in [the giant squid]," the researchers said in their paper.

Our biggest takeaway: The ocean is an even scarier place than we ever imagined before. Not only do we need to keep an eye out for glowing sharks, rising tides, and radioactive water, we also might be stalked and hunted by giant squids.