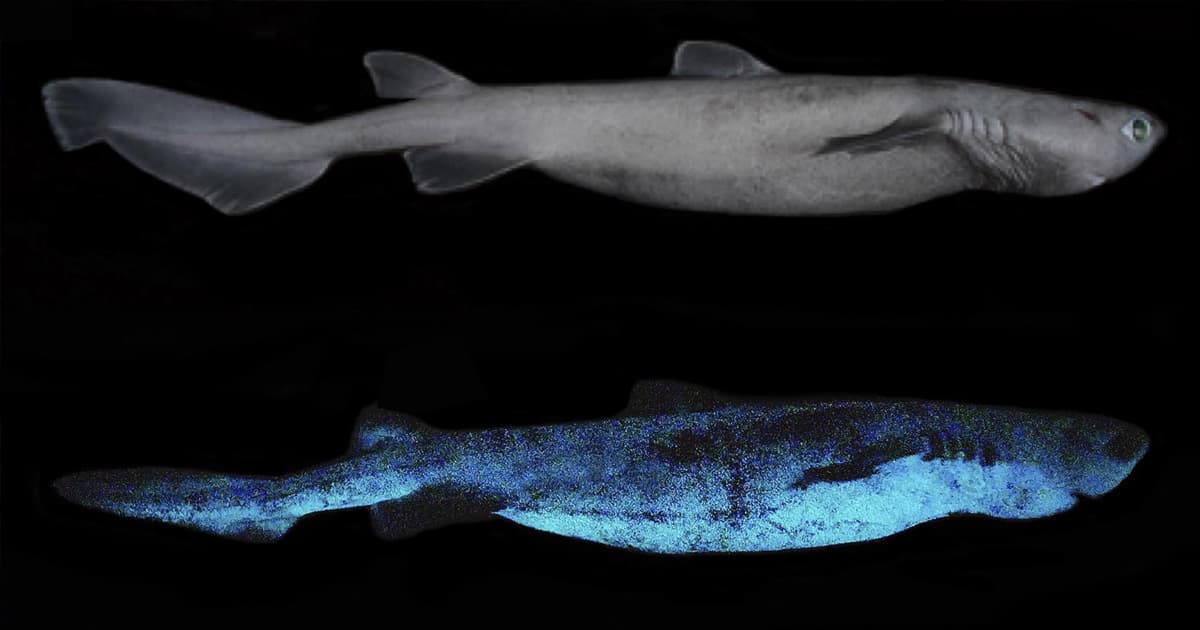 An amazing discovery: the first glowing sharks known to science.

An amazing discovery: the first glowing sharks known to science.

A team of researchers in New Zealand have discovered yet another mystery lurking in the deepest, mostly unexplored depths of our planet's oceans: three species of sharks that can glow in the dark, NBC reports.

As detailed in a new paper published in the journal Frontiers in Marine Science last week, the researchers found for the first time that the kitefin shark, the blackbelly lanternshark, and the southern lanternshark are all able to give off a bioluminescent glow.

The kitefin in particular is of interest to the team. The shark is now the largest luminous underwater animal known to science, and can grow to almost six feet in length. It stalks its prey, which are smaller sharks and fish as well as some crustaceans, almost 1,000 feet below sea level, in a region often referred to as the "twilight zone."

The researchers, collaborating with the National Institute of Water and Atmospheric Research (NIWA) in Wellington, New Zealand, suggest that the sharks emit a blue glow in order to camouflage themselves. The glow allows them to not be backlit by the otherwise bright light emanating from above.

We already know that many other aquatic species including squids and jelly fish can glow in the dark, but it's the first time scientists have been able to prove that some species of shark can do so as well.

The study sheds light on how little we still know about "the vastness of the deep sea and the occurrence of luminous organisms in this zone," as the researchers write in their paper.

One big mystery remains, however: the researchers have yet to figure out why the kitefin shark glows, since unlike the other two species identified in the paper, it has almost no natural predators. One theory is that it might be emitting a glow to light up the ocean floor to make hunting for its prey easier.

Baby Shark
Scientists Intrigued by Sharks That Can Walk on Land for Two Hours
8. 22. 22
Read More
So Dark
Scientists Discover "Vantablack" Deep-Sea Creatures
7. 17. 20
Read More
Whales and Sharks Are the New Victims of Our Plastic Waste, Study Finds
2. 5. 18
Read More
+Social+Newsletter
TopicsAbout UsContact Us
Copyright ©, Camden Media Inc All Rights Reserved. See our User Agreement, Privacy Policy and Data Use Policy. The material on this site may not be reproduced, distributed, transmitted, cached or otherwise used, except with prior written permission of Futurism. Articles may contain affiliate links which enable us to share in the revenue of any purchases made.
Fonts by Typekit and Monotype.