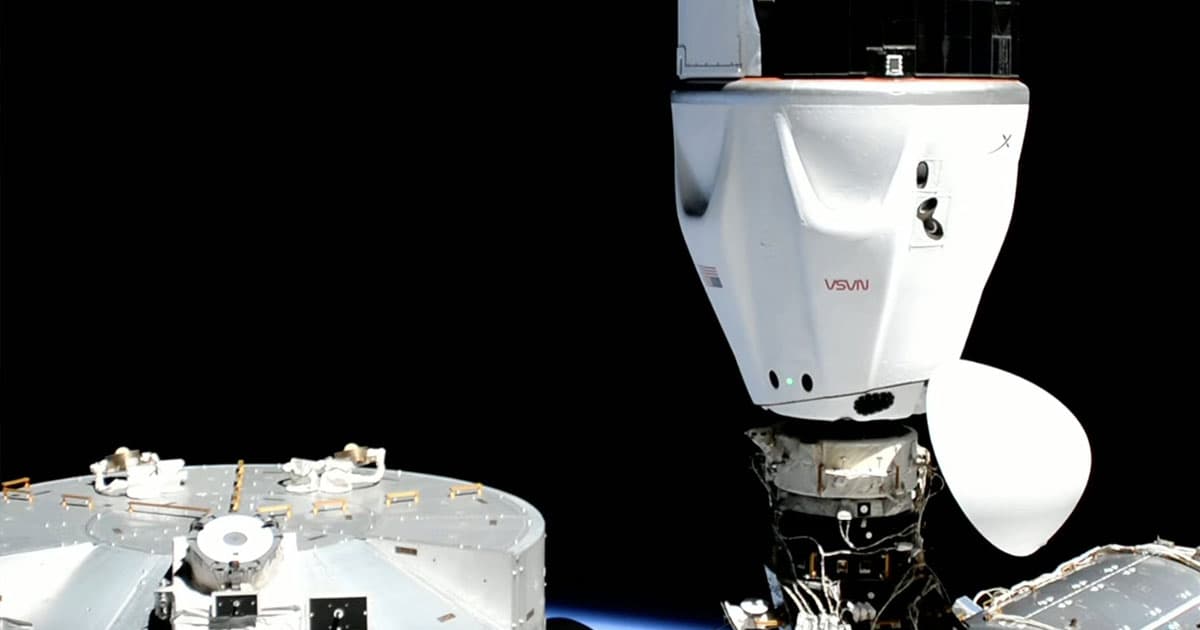 SpaceX has released a stunning new video of its Crew Dragon spacecraft firing its thrusters to dock with the International Space Station — and it looks like something straight out of the classic Steven Spielberg epic "Close Encounters of the Third Kind."

The resplendent clip shows a number of the spacecraft's 16 Draco thrusters firing to adjust the capsule's attitude. The capsule was delivering a crew of four astronauts to the station as part of its Crew-4 mission late on Wednesday. It's the space company's fourth operational crew rotation mission to the space station, and the sixth crewed mission into orbit overall.

Video of Dragon’s Draco thrusters moving the spacecraft closer to the @Space_Station pic.twitter.com/0zBNYgAcDb

The spacecraft's onboard computer systems allow it to rendezvous with the station fully autonomously, while touchscreens in the cabin display realtime information.

Despite the six successful crewed mission into Earth's orbit, SpaceX announced that it won't build any more Crew Dragon spacecraft last month. The goal is to refurbish existing spacecraft with newly manufactured parts.

Of course, SpaceX is now eyeing the capsule's much bigger and potentially revolutionary successor: Starship.

Watching a 165-foot stainless steel spacecraft travel to destinations both orbital and interplanetary will — if they ever pull it off — likely be an even more spectacular sight to behold.