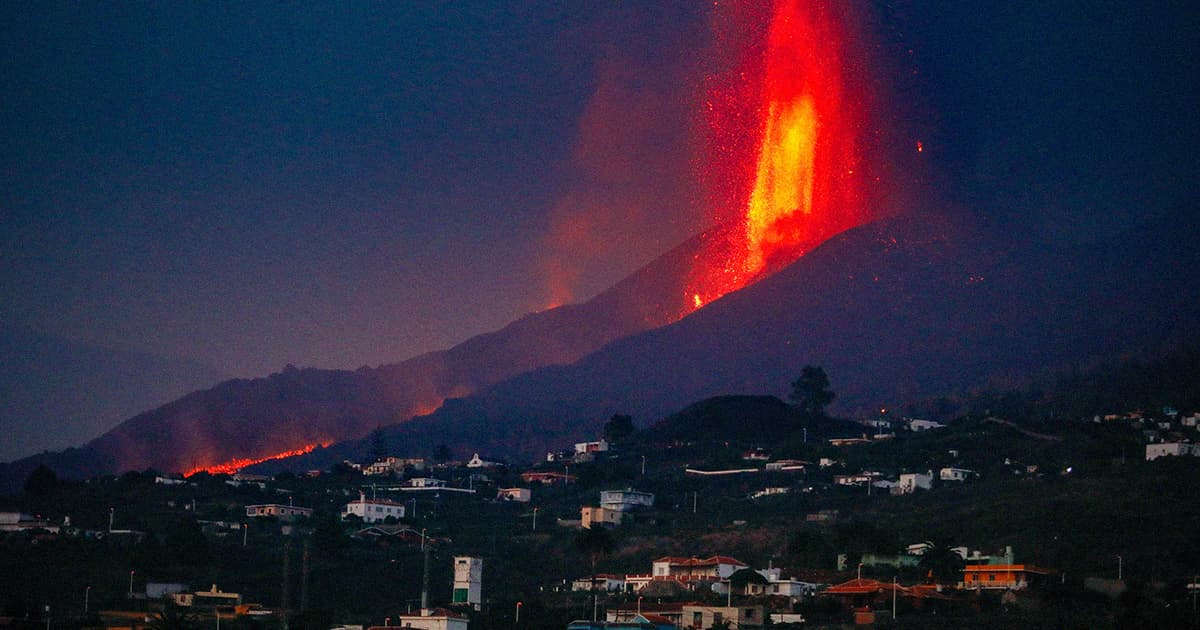 Video Shows Church Collapsing After Being Hit by Lava

Nature can be terrifying.

Nature can be terrifying.

Shocking footage shows the moment a church collapses in a cloud of dark ashes on the Spanish island of La Palma.

The island, which is home to around 85,000 inhabitants, was rocked by the eruption of the Cumbre Vieja volcano this month  that's destroyed more than 500 buildings and 12 miles of roads, The Washington Post reports.

The bell tower of a small church on the island succumbed to the forces of the flowing lava over the weekend, a powerful display of the volcano's raw power.

Now, the eruption is finally starting to slow down with the volcano entering a "low activity" phase, according to the Associated Press.

The lava is now making its way down a steep slope, where it's approaching the shore. As of Monday, however, the lava flows are still about half a mile away from the ocean.

But if lava were to ever drip into the water, superheated plumes of water could pose a health threat to locals, officials from Involcan, the Canary Islands’ volcanology institute, warned in a Facebook post.

Once lava hits water, a thermal shock generates plumes of hydrocholoric acid and shards of volcanic glass, which can result in skin irritations and inflammation of the respiratory tract.

Ocean Explosion
Hey Kids, Wanna See Satellite Footage of a Volcano Violently Erupting?
Jan 15
Read More
We Could Power the World With Volcanoes
11. 15. 17
Read More
Satellites Will Soon Predict Earthquakes and Volcanic Eruptions From Space
9. 6. 17
Read More
+Social+Newsletter
TopicsAbout UsContact Us
Copyright ©, Camden Media Inc All Rights Reserved. See our User Agreement, Privacy Policy and Data Use Policy. The material on this site may not be reproduced, distributed, transmitted, cached or otherwise used, except with prior written permission of Futurism. Articles may contain affiliate links which enable us to share in the revenue of any purchases made.
Fonts by Typekit and Monotype.