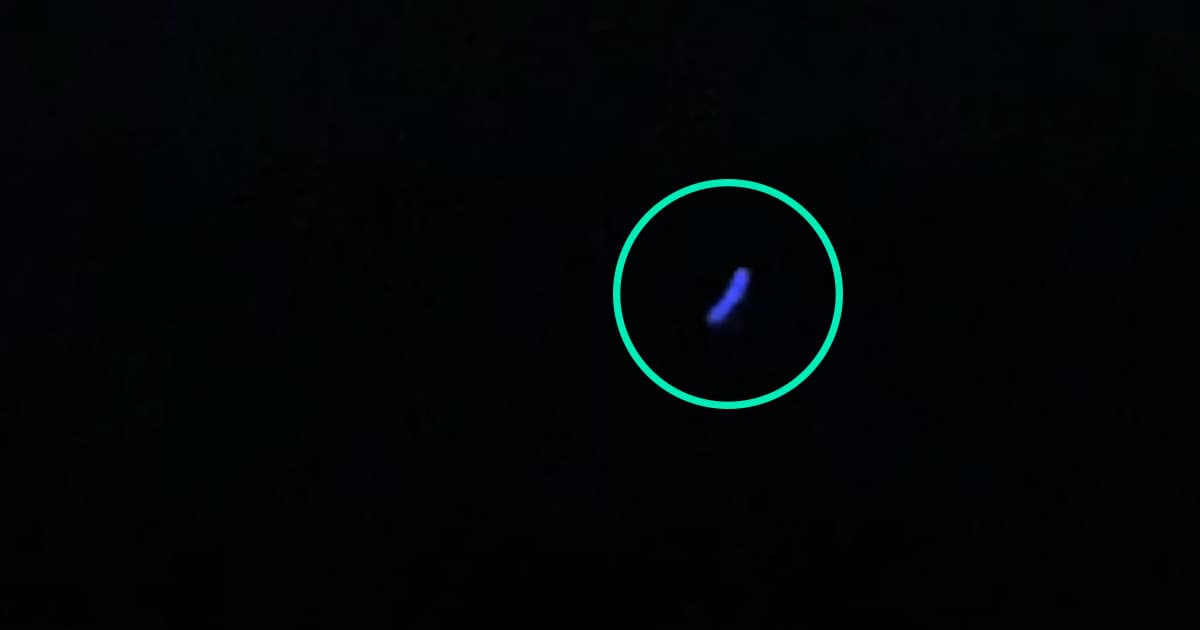 "I look up and then I was like oh shit."

"I look up and then I was like oh shit."

Unsuspecting Hawaiians spotted something strange last week: a large blue unidentified object falling out of the sky and into the ocean, as local news station ABC 11 reports.

Videos show a strange, longish object floating in the air near Haleakala Avenue in Nanakuli on Oahu island.

After several 911 calls, the Federal Aviation Administration confirmed that there weren't any aircraft disappearing off the radar nor were there any reports of missing aircraft in the region, according to ABC 11.

Incredible Blue UFO spotted in Hawaii that the FAA confirmed was not a known aircraft of any kind. Amazing stuff pic.twitter.com/4wYOqEP4qk

"I look up and then I was like oh shit," UFO spotter Moriah told local news station Hawaii News Now. "I started calling my husband and them because they were all in the garage. I was like hey. Come look up there. See if you see what I see. They all said yea!"

The entire time, the telephone pole-sized object reportedly made no noise — even when it went for a dip in the ocean and disappeared.

Let's be clear: Just because authorities don't know what a flying object is doesn't mean it's an alien spacecraft. And to be absolutely clear, the odds are overwhelming that this one isn't.

But in the era of tightly-regulated airspaces and imaging technologies, it is striking to find any object in the sky that we can't identify — which is why even the former director of the CIA recently described some UFO videos as "eyebrow-raising."

Consider the Source
Pentagon UFO Report Describes Radiation Burns, Other Bizarre Claims
4. 5. 22
Read More
Oh God
Trump Implies That the US Military Could Defeat Aliens If They Show Up
10. 14. 20
Read More
Drones?
US Military Releases New Info About Navy UFO Videos
5. 14. 20
Read More
+Social+Newsletter
TopicsAbout UsContact Us
Copyright ©, Camden Media Inc All Rights Reserved. See our User Agreement, Privacy Policy and Data Use Policy. The material on this site may not be reproduced, distributed, transmitted, cached or otherwise used, except with prior written permission of Futurism. Articles may contain affiliate links which enable us to share in the revenue of any purchases made.
Fonts by Typekit and Monotype.