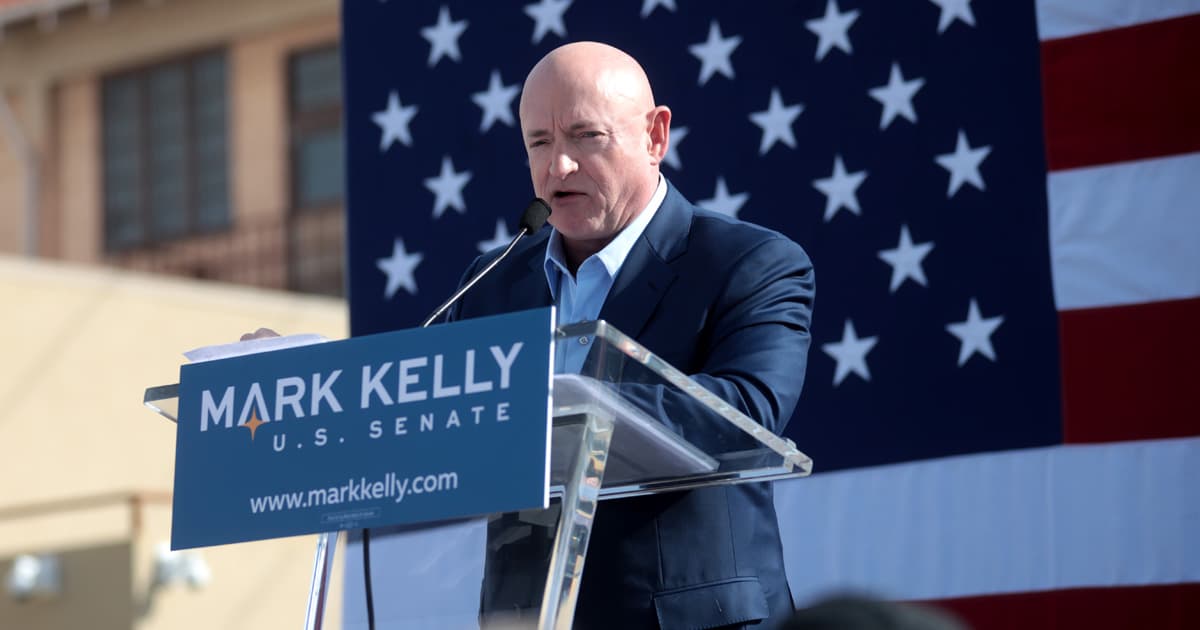 Is It Over Yet?

Mark Kelly opposed NASA's return to the Moon, arguing that astronauts should go straight to Mars instead. Now he's in Congress.

Mark Kelly opposed NASA's return to the Moon, arguing that astronauts should go straight to Mars instead. Now he's in Congress.

Former NASA astronaut and US Navy veteran Mark Kelly, a Democrat, beat incumbent Martha McSally (R-AR) for a seat in the US Senate during this yesterday's election. If you're keeping score, that makes him the fourth astronaut to be elected to Congress.

"I’m confident that when all the votes are counted, we’re going to be successful in this mission," Kelly told supporters after declaring his victory. "The work starts now."

Kelly was selected to pilot NASA's Space Shuttle in 1996 and has spent over 54 days in space. He commanded several Space Shuttle missions, including the final mission of the Endeavour in 2011.

The former astronaut called the creation of the Space Force "a dumb idea" in 2018 and has questioned NASA's ambitions to return to the Moon, claiming that "we should just go straight to Mars," as quoted by The Daily Beast. "Forget about the Moon. We've been there. We've already done that."

Kelly's wife, former House Representative Gabby Giffords, resigned from Congress in 2012 after a failed assassination attempt. Since then, Kelly and Giffords have started an organization to promote solutions to gun violence and responsible gun ownership. He also supports building out the Affordable Care Act and devising new public health insurance options. Kelly has also pledged to refuse donations from political action committees (PACs).

"Our state doesn't need a Democrat senator or a Republican senator," Kelly said this morning. "We need an Arizona senator. There is nothing we can't achieve if we work together."

More on the election: Trump Tells Crowd He’ll Fire Fauci If He Wins the Election

App For That
Iowa Tried to Use an App for an Election. It Was a Disaster.
2. 4. 20
Read More
Virtual Insanity
The New President of Ukraine Only Campaigned Online
4. 25. 19
Read More
Growing Wood
MIT Says We Could Build a House With Lab-Grown Wood
Yesterday
Read More
+Social+Newsletter
TopicsAbout UsContact Us
Copyright ©, Camden Media Inc All Rights Reserved. See our User Agreement, Privacy Policy and Data Use Policy. The material on this site may not be reproduced, distributed, transmitted, cached or otherwise used, except with prior written permission of Futurism. Fonts by Typekit and Monotype.