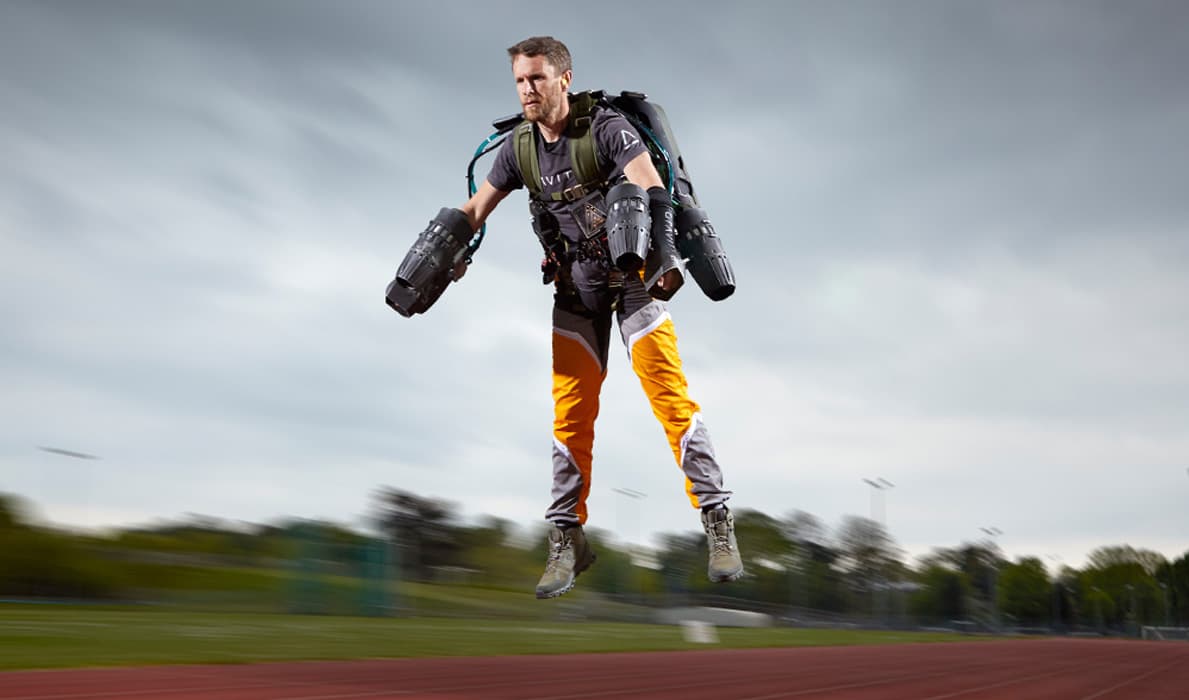 "I have to say, all respect to Usain Bolt, because I thought that felt pretty quick."

"I have to say, all respect to Usain Bolt, because I thought that felt pretty quick."

The 1,000-horsepower powered jetsuit allowed Browning to take off and cover a 100-meter track in just 7.69 seconds, shaving almost two seconds off Bolt's world record of 9.58 seconds, set back in 2009.

Obvious unfair advantage aside, it's an incredible demonstration of just how nimble Browning appears to be while wearing the sizable jetpack.

The news comes after back in 2019, Browning set the new world record for "the fastest speed in a body-controlled jet engine powered suit (wind-guided)" at a blistering 85.06 mph.

"I have to say, all respect to Usain Bolt, because I thought that felt pretty quick," Browning can be heard saying in the video following his 100 meter run. "I can only imagine running not that much slower. It's just amazing."

Browning also took on the hurdles, the 400-meter sprint and the pole vault — none of which are much of a challenge for a jetpack. Browning did at least attempt to dip up and down to imitate clearing the hurdles on the track.

During his pole vault attempt, Browning, flew up and cleared the vault effortlessly.

"We are obviously not doing it as the Olympic disciplines intended, but it is quite a nice demonstration of what you can do with a little bit of technology and the human body in mind," Browning said after receiving certificates for his three jetpack-specific Guinness World Records.

More on the jetsuit: Watch a UK Marine Jetpack onto Speeding Ship, Pull Out Gun