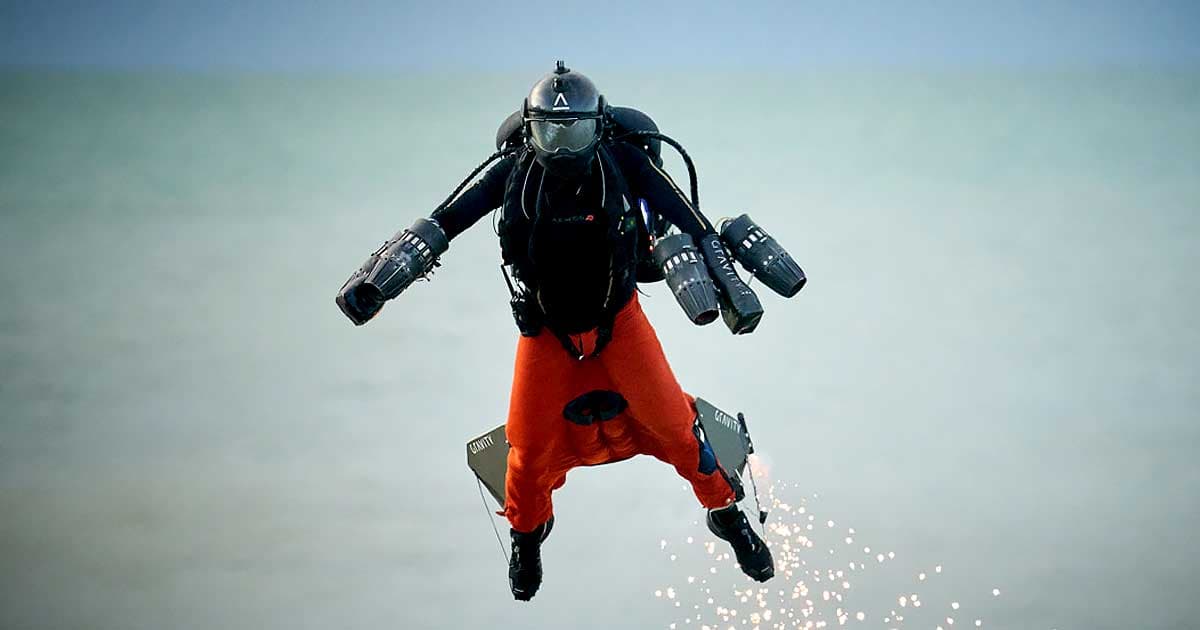 "It truly feels like that dream of flying you have sometimes in your sleep."

"It truly feels like that dream of flying you have sometimes in your sleep."

Richard Browning, British inventor and daredevil often described as "real-life Iron Man" by the media, has broken his own speed record while flying in his jet engine-equipped suit.

The feat, completed at the Brighton Pier in England on Thursday, earned Browning an entry in the Guinness Book of World Records as "the fastest speed in a body-controlled jet engine powered suit (wind-guided)."

Browning has been flying the jet suit for over two years, and he told Guinness World Records that it's now "entirely 3D printed, lighter, stronger, and much smarter."

It's also just as fun as it looks.

"It truly feels like that dream of flying you have sometimes in your sleep," Browning said. "You are entirely and completely free to move effortlessly in three dimensional space and you shed the ties of gravity."

Earlier this year, Browning flew a record distance of 1.4 kilometers (0.8 miles) in his suit, from the south coast of England to the Isle of Wright. And as for the suit's speed, he claimed at a 2017 event that it can fly as fast as 321 kilometers per hour (200 miles per hour).

But considering the safety implications, reaching those speeds might still be a couple of years out.

More on the suit: Watch the Iron Man-Style Jet Suit Inventor Fly to an Island