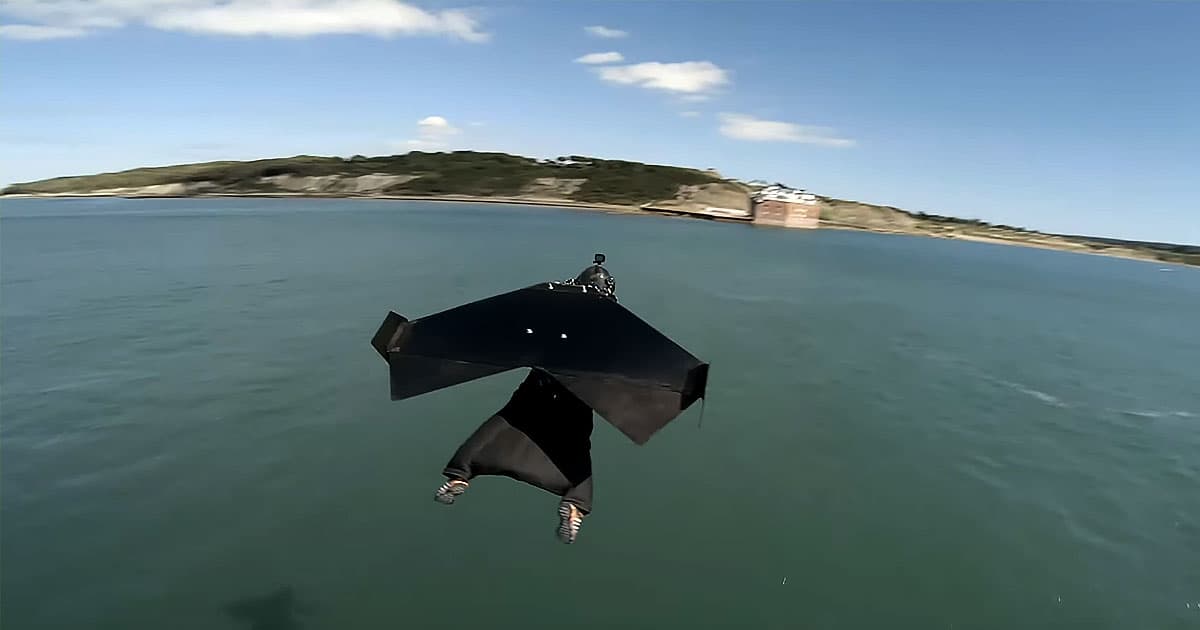 And break a personal flight record in the process.

And break a personal flight record in the process.

In 1934, German entrepreneur Gerhard Zucker attempted — and failed — to use a rocket to deliver a letter to the Isle of Wight, an island off England's southern coast.

Now, 85 years later, British inventor Richard Browning has managed to pull off the stunt. But instead of attaching the letter to a rocket, he donned his Iron Man-style jet suit to hand deliver it — and broke a personal flight record in the process.

According to a BBC News story, Browning strapped on the suit and used it to fly from Lymington's Hurst Castle across the Solent to Fort Albert on the Isle of Wight.

The entire journey took just 75 seconds, but at a distance of 1.3 kilometers (0.8 miles), it was the farthest Browning had every flown in his jet suit, BBC News wrote.

Browning's company Gravity Industries shared a video of the trek, and depending on your feelings about strapping jet engines to your arms, it looks like the flight could've been incredibly peaceful or downright terrifying.

Browning's take on it? "When you’re dealing with technology you never quite know," he told the Mirror, "but yeah, that was great."