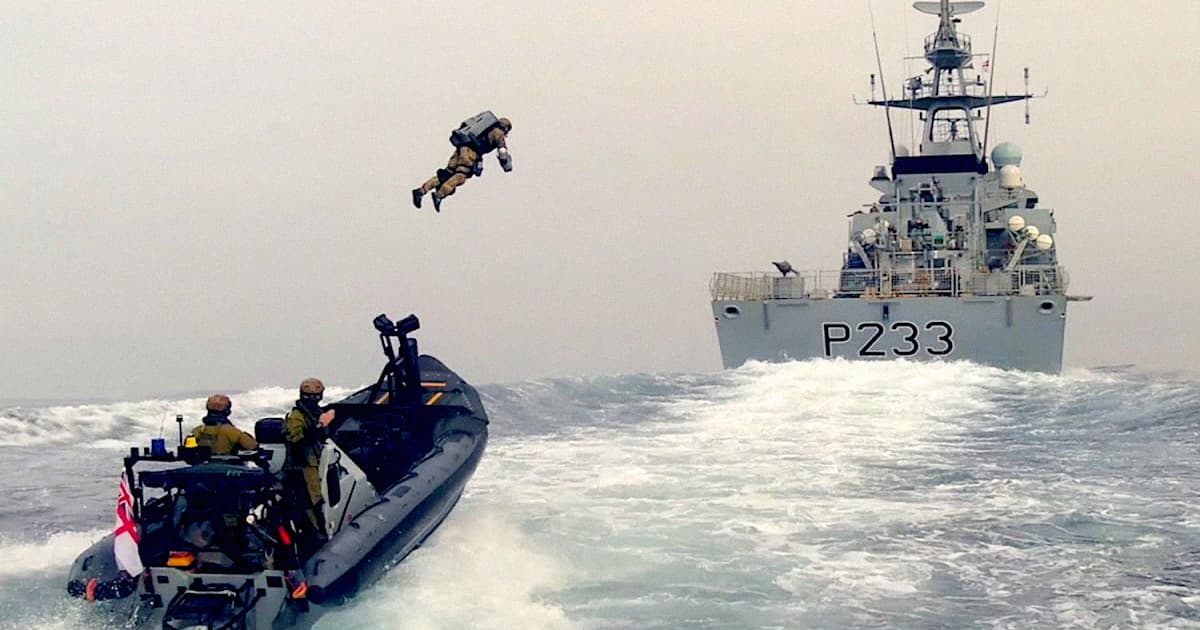 They make it look so easy.

They make it look so easy.

The British Royal Marines are testing out a futuristic new way to board a ship: flying there using a jetpack.

A new video uploaded by UK-based jetpack maker Gravity Industries shows a Royal Marine using a jet engine-powered suit to land on a nearby ship after approaching it on a powerboat. In one iteration of the exercise, the soldier lands on the ship and then pulls out a handgun — a preview of how military and police want to use jetpacks for rapid infiltration missions.

The marine can be seen effortlessly taking to the skies, reaching the upper deck of a nearby vessel in record time.

The news comes after the same company released a video showing a Dutch special ops soldier completing a similar maneuver.

Gravity's jetsuit uses four arm- and back-mounted jet engines to produce over 1000 horsepower of thrust. Thanks the design, its wearer can adjust their speed and trajectory by changing the position of their arms.

The same suit was worn by Gravity Industries founder Richard Browning in 2019, who smashed his own world speed record by reaching a hair over 85 mph while flying over England's Brighton Pier.