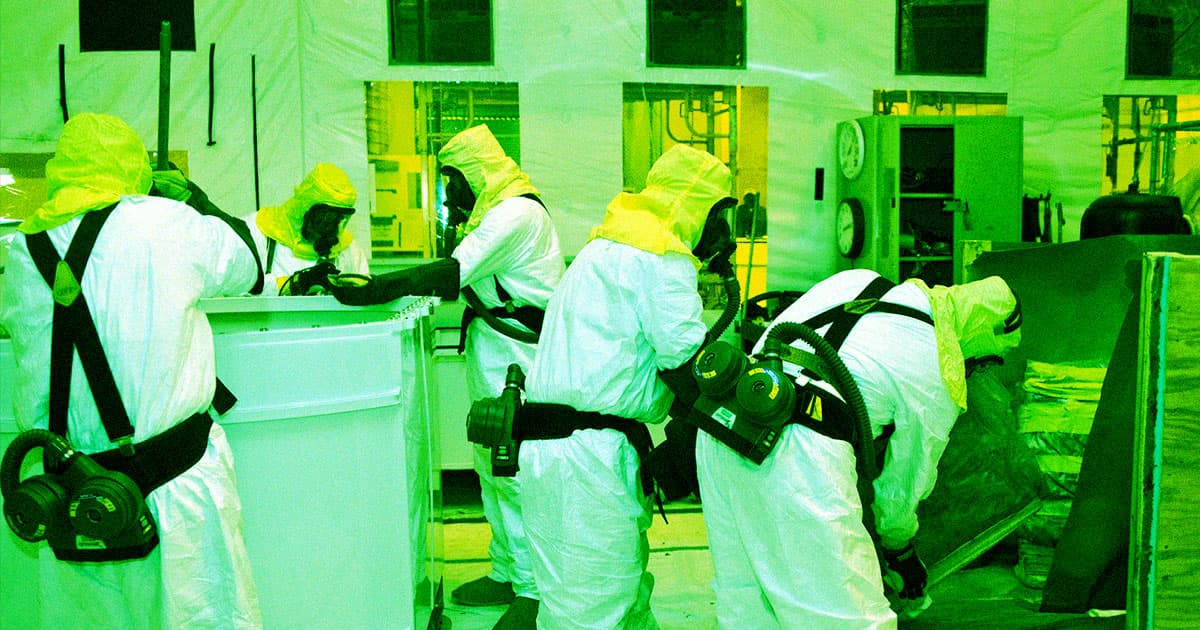 More than a dozen workers were potentially exposed to plutonium.

More than a dozen workers were potentially exposed to plutonium.

U.S. officials are investigating what may have been a dangerous radiation leak at the Los Alamos National Laboratory that could have affected as many as 15 workers.

The leak, which occurred on June 8, was first disclosed this week, ABC News reports. While the leak poses no risk to the public or outside world, the 15 workers may have been exposed to hazardous levels of radiation from a plutonium sample, making this just one more in the Los Alamos's long list of safety lapses.

Until 2011, Los Alamos manufactured the plutonium cores that work as detonators in the U.S. nuclear arsenal. But repeated safety issues and workplace hazards stopped production until now: ABC News reports that the facility is planning to resume core production and make as many as 30 each year.

But because the investigation is still ongoing and the workers are still being monitored, it has yet to be determined whether this breach will delay or otherwise halt those plans yet again.

According to the lab, ABC reports, the facility has now been cleaned up. The remaining effort is focused on monitoring the exposed workers for signs of radiation poisoning or other health complications — and, hopefully, making sure similar accidents don't keep happening.

"Laboratory employees responded promptly and appropriately and cleared the room in a safe manner," reads a Los Alamos statement.

Brands We Love
Quickly Sanitize Phones, Keys, Toys, and More With This Portable UV Sterilizer Box
7. 23. 20
Read More
Researchers Just Did the Seemingly Impossible: Generate Terahertz Waves From Water
8. 25. 17
Read More
Study Reveals New Insights Into a Strange Force That Can Both Pull and Push Objects
5. 24. 17
Read More
+Social+Newsletter
TopicsAbout UsContact Us
Copyright ©, Camden Media Inc All Rights Reserved. See our User Agreement, Privacy Policy and Data Use Policy. The material on this site may not be reproduced, distributed, transmitted, cached or otherwise used, except with prior written permission of Futurism. Articles may contain affiliate links which enable us to share in the revenue of any purchases made.
Fonts by Typekit and Monotype.