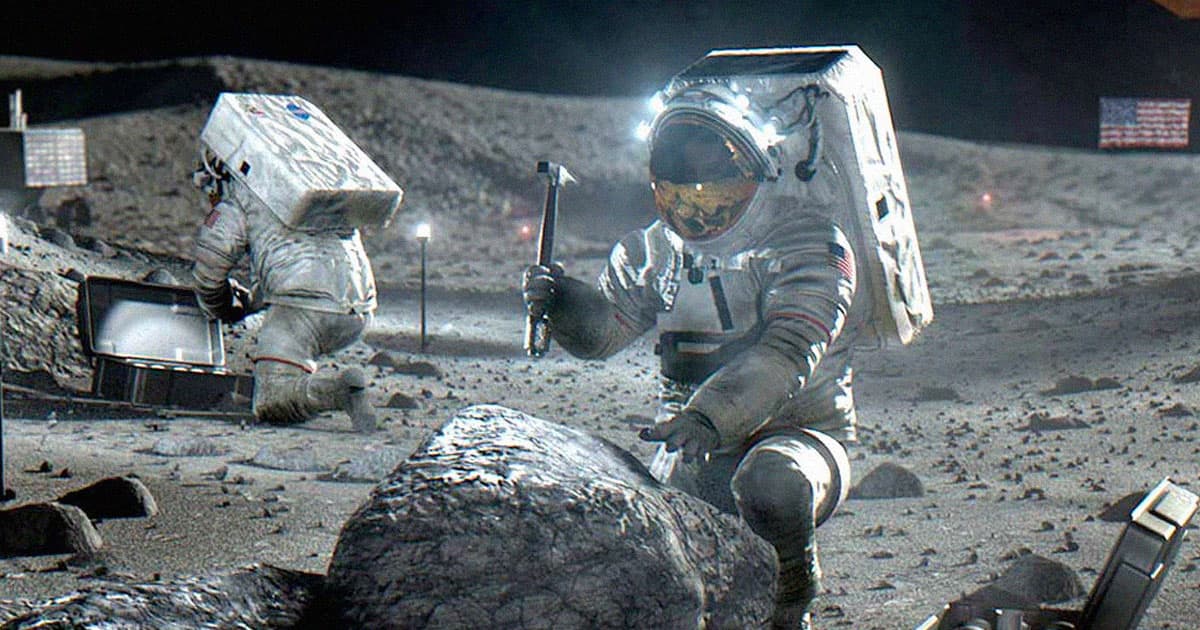 Awkward! The US and China Are Looking at the Same Moon Landing Sites

"This could be the first potential point of conflict over resources beyond Earth."

"This could be the first potential point of conflict over resources beyond Earth."

The US and China are gearing up for an awkward confrontation if both decide to land their respective lunar rockets on similar spots near the Moon's south pole — which, as current plans indicate, may well happen.

Both agencies may have chosen these spots, because of their high elevations, good lighting conditions, and proximity to shadowed craters which may be able to trap lunar water-ice, according to SpaceNews.

It remains unclear how the US and China plan to handle a potential landing site overlap for their lunar missions — which are slated to launch in 2025 and 2024, respectively.

It's a brand new conundrum that is the direct result of more and more countries planning to visit the Moon.

As SpaceNews points out, the US is hamstrung when it comes to space negotiations with China by an appropriations bill add-in known as the "Wolf Amendment," a 2011 clause introduced by then-representative Frank Wolf (R-VA) that severely limits NASA's ability to work with China in any capacity.

Although both former presidents Barack Obama and Donald Trump tried to engage in space talks with China, those talks didn't really go anywhere.

The Biden administration also does not currently have any public plans to re-engage the dialogues, the report notes.

While the two countries' choices for lunar landing sites aren't exactly surprising, they could present a historic first.

"It is not hard to see why they both want the same spots," space and law policy professor Christopher Newman told SpaceNews. "It is prime lunar real estate for in-situ resource utilization."

"This could be the first potential point of conflict over resources beyond Earth," he added.

Newman also argued that because both parties signed the Outer Space Treaty, they should, in theory, "accept the use of celestial bodies for peaceful purposes."

"It will be interesting to see what happens," Newman told SpaceNews, adding that "a lot will depend on who gets there first."