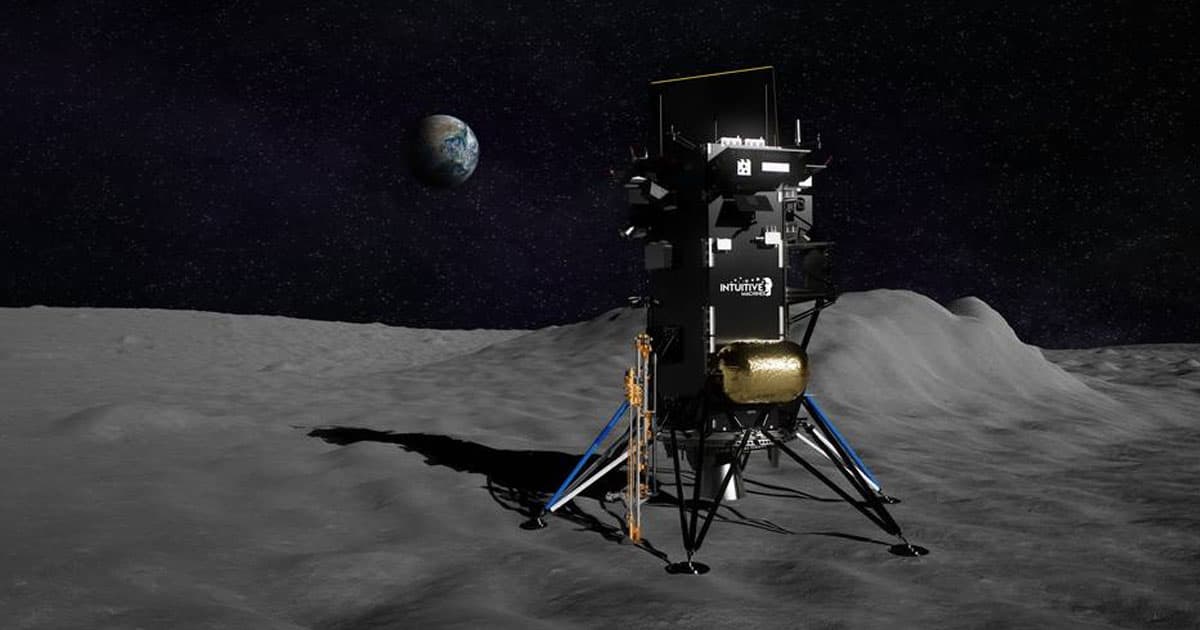 This tiny drill will attempt to drill up to three feet into the lunar surface.

This tiny drill will attempt to drill up to three feet into the lunar surface.

NASA has officially announced where it's planning to probe the lunar surface for water ice — potentially a watershed moment in ascertaining whether our closest neighbor could support a long term human presence.

A robotic lander will land in the lunar South Pole near the Shackleton crater, a region experts believe to hold significant stores of water ice below its surface. The experiment will drill the surface over a 10 day period after launching in December 2022.

The lander will kick off three different technology demonstrations, including the Polar Resources Ice-Mining Experiment-1 (PRIME-1), a drill that will pierce the lunar surface in search of ice. A small deployable robot called Micro-Nova, developed by Intuitive Machines, will allow PRIME-1 to be moved around.

"PRIME-1 is permanently attached to Intuitive Machines' Nova-C lander, and finding a landing location where we might discover ice within three feet of the surface was challenging," Jackie Quinn, PRIME-1 project manager at NASA, said in a statement.

"While there is plenty of sunlight to power the payloads, the surface gets too warm to sustain ice within reach of the PRIME-1 drill," she added. "We needed to find a 'goldilocks' site that gets just enough sunlight to meet mission requirements while also being a safe place to land with good Earth communications."

After Micro-Nova finds a suitable spot, likely inside a nearby crater, PRIME-1's drill will attempt to drill up to three feet into the Moon's surface to extract lunar soil for water analysis. An onboard mass spectrometer will see if any volatile gasses escape from the samples.

Micro-Nova is capable of carrying  two pound payload up to 1.5 miles for analysis, so hopefully PRIME-1 will be able to get to a good site for probing for ice.

Rounding out the payload will be an experiment by Nokia of America that will aim to set up a 4G/LTE communications network on the Moon, another potentially groundbreaking demonstration that could bring the Moon closer to us than ever before.

If all goes well, we could be beaming HD video from astronauts back to Earth, according to NASA.

More on the Moon: Scientists: Uh, Earth Flipped Over On Its Side 84 Million Years Ago