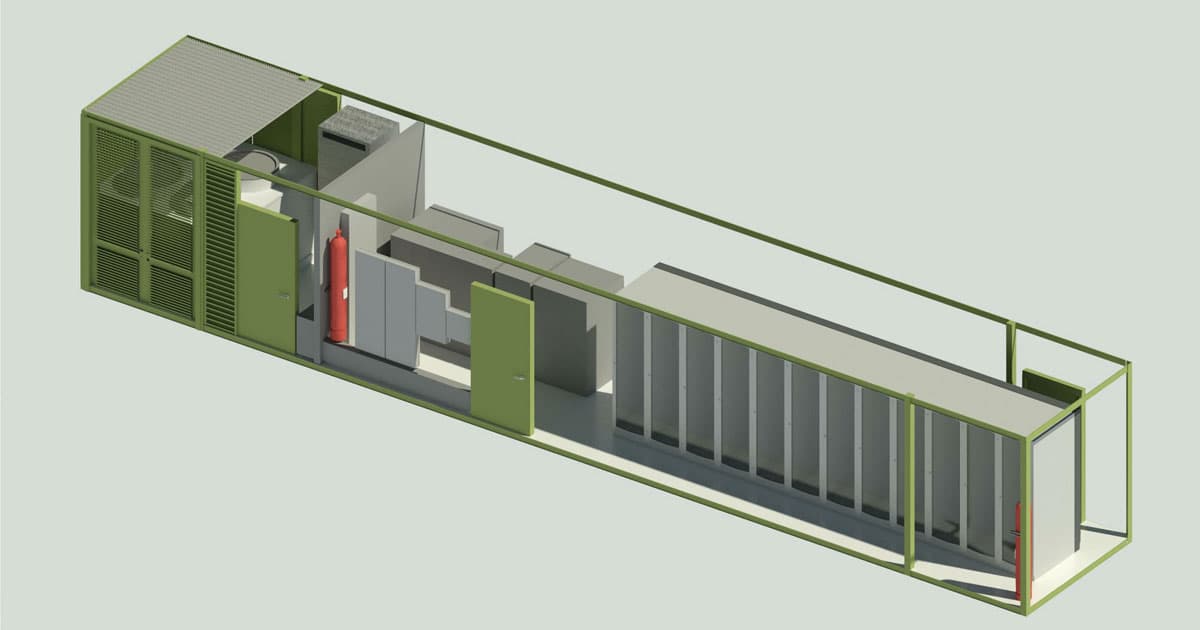 The US Army is Building a Supercomputer Inside a Storage Container

It could give soldiers a tactical edge in combat, especially in remote locations.

It could give soldiers a tactical edge in combat, especially in remote locations.

The U.S. Army has built a six petaflop — $12 million supercomputer, complete with a liquid cooling system and fire suppression system — that's small enough to fit inside a shipping container. According to the U.S. Army Corps of Engineers, it could give soldiers a tactical edge in combat in remote locations.

"Because of the sensitive nature of the work involved, we here at Huntsville Center will never know exactly the solutions this unique tool will provide in the field, but I am quite confident that our work will result in both lives saved and problems avoided," said Sally Parsons, Huntsville Center Information Technology Systems Division chief in a statement.

The six petaflop computer can only dish out a fraction of what modern supercomputers are capable of, but it's tens of thousands of times more powerful than your average desktop.

While it could bridge the gap and bring powerful data crunching capabilities to remote locations, it's unlikely to be delivered right into the middle of active combat, because it requires a substantial amount of power to run.

America Now Has The Fastest Supercomputer In The World. Here’s Why That Actually Matters
6. 11. 18
Read More
How the United States Plans to Reclaim Its Supercomputer Dominance
2. 8. 18
Read More
The Next Most Powerful Supercomputer in the U.S. Is Almost Complete
10. 24. 17
Read More
+Social+Newsletter
TopicsAbout UsContact Us
Copyright ©, Camden Media Inc All Rights Reserved. See our User Agreement, Privacy Policy and Data Use Policy. The material on this site may not be reproduced, distributed, transmitted, cached or otherwise used, except with prior written permission of Futurism. Articles may contain affiliate links which enable us to share in the revenue of any purchases made.
Fonts by Typekit and Monotype.