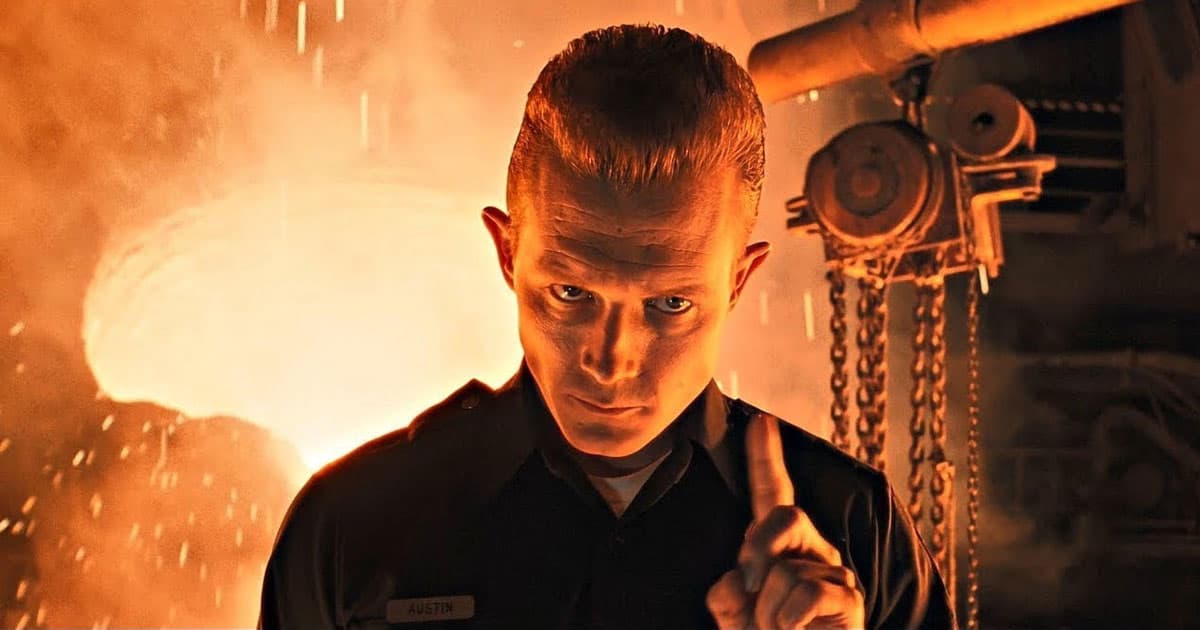 Well, at least Skynet will be happy.

Well, at least Skynet will be happy.

An Army engineer working on soft robotics says that his work is directly inspired by the T-1000, the shape-shifting (and fictional) robot villain from the 1991 James Cameron blockbuster "Terminator 2."

Frank Gardea, an aerospace engineer at the Army Combat Capabilities Development Command's (CCDC) Army Research Laboratory, is leading a project to develop robotics out of flexible, self-repairing and self-reconfiguring materials, according to Military.com.

Gardea envisions self-repairing drones and other uncrewed aircraft, but the ultimate goal is machines with the "reconfiguration characteristics of the T-1000 character in the Hollywood film, 'Terminator 2,'" he said in a release.

Thus far, Gardea's team has developed a 3D-printed, flexible polymer that can be programmed to remember and snap back to a certain shape.

The material, if not the machines made out of it, can be repeatedly melted down and reused, according to Military.com.

For now, the material can respond to changes in temperature and light, but the team is hoping to broaden that range of triggers while also improving the extent to which it can reconfigure and repair itself.

For now, Gardea says the team has taken "a first step along a very long path toward realizing the scientific possibility for deep future platforms."

No word on how it'd fare against Arnold Schwarzenegger.

More on sci-fi: AI Researchers Hate the "Terminator" Movies With a Passion

Rock 'Em Sock 'Em
The Head of US Space Command Fears China's Giant Robot Arms
5. 24. 21
Read More
Robot Uprising
How Killer Robots Will Know They've Been Blasted With a Shotgun
11. 28. 18
Read More
We Now Have Soft Robots With a Sense of Touch. But Why?
3. 2. 18
Read More
+Social+Newsletter
TopicsAbout UsContact Us
Copyright ©, Camden Media Inc All Rights Reserved. See our User Agreement, Privacy Policy and Data Use Policy. The material on this site may not be reproduced, distributed, transmitted, cached or otherwise used, except with prior written permission of Futurism. Articles may contain affiliate links which enable us to share in the revenue of any purchases made.
Fonts by Typekit and Monotype.