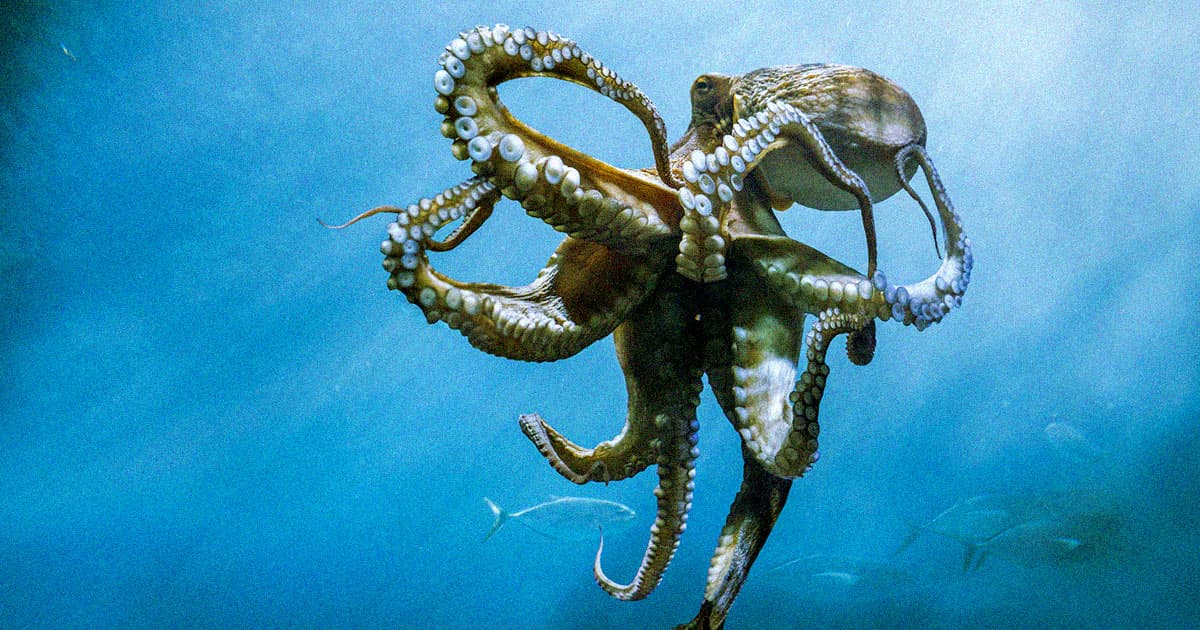 The United Kingdom has confirmed what everybody who ugly cried during "My Octopus Teacher" already knew: Octopuses are sentient — capable, that is, of perceiving things like pain and pleasure.

The country is adding an amendment to its Animal Welfare Sentience Bill to recognize creatures such as octopus, crabs, squids, and lobsters along with "all other decapod crustaceans and cephalopod molluscs" as sentient creatures, according to a press release from the UK Department for Environment, Food & Rural Affairs. The bill aims to ensure animal sentience is taken into account when developing government policy, and as such could inform debates around animal rights and dietary choices.

"The science is now clear that decapods and cephalopods can feel pain and therefore it is only right they are covered by this vital piece of legislation," Animal Welfare Minister Lord Zac Goldsmith said in the release.

The update came after an extensive report from the London School of Economics and Political Science that found that these creatures are capable of feeling "pain, pleasure, hunger, thirst, warmth, joy, comfort and excitement."

This is due to the creatures’ "complex central nervous systems, one of the key hallmarks of sentience," according to the release.

"[Our] view is that the time has come to include cephalopod molluscs and decapod crustaceans in UK animal welfare law in an explicit way," the report read, "and to take proportionate steps to regulate practices that are a source of reasonable and widespread animal welfare concerns."

It's worth noting that the release stressed that no existing marine industry operations and practices will be impacted by the law, as it only influences future government decisions. However, it’s still good to see that a major world government is taking concrete steps to finally recognize the sentience of the critters — and how they might not appreciate, you know, being boiled alive for their delicious meat.

More on octopuses: Scientists: Octopuses Love to Fling Objects at Each Other

Court Orders Google to Remove Results for Man’s Criminal Record Under “Right to be Forgotten”
4. 13. 18
Read More
The UK Just Decided That 10 Mbps Broadband Should be a Legal Right
12. 21. 17
Read More
RIP Fred
Instead of Predicting Length of Winter, Groundhog Simply Dies
4:57 PM
Read More
+Social+Newsletter
TopicsAbout UsContact Us
Copyright ©, Camden Media Inc All Rights Reserved. See our User Agreement, Privacy Policy and Data Use Policy. The material on this site may not be reproduced, distributed, transmitted, cached or otherwise used, except with prior written permission of Futurism. Articles may contain affiliate links which enable us to share in the revenue of any purchases made.
Fonts by Typekit and Monotype.