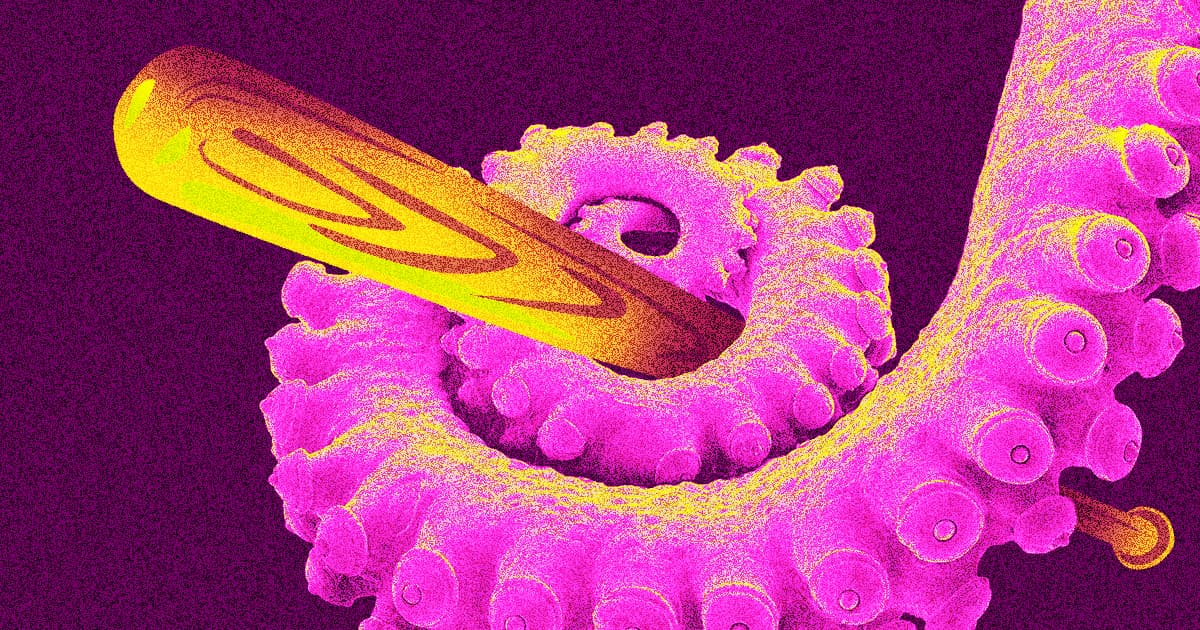 Scientists: Octopuses Love to Fling Objects at Each Other

Six years ago, a team of scientists from the University of Sydney filmed common Sydney octopuses (Octopus tetricus) "throwing" shells, silt, and other seafloor detritus at each other.

At the time, it wasn't clear whether they were actually targeting one another or if the other octopuses were merely collateral damage, since they use the same "throwing" mechanism to discard food or build dens. But new footage and closer analysis of the video makes it clear that yes, octopuses have a tendency to target and fire away at each other, New Scientist reports. The behavior — targeting animals of the same species and especially the same population — is rare in the animal kingdom, hinting at advanced social dynamics among the shockingly-intelligent creatures.

The most prominent example of deliberate throwing was a female octopus who threw silt at a male ten times in a row after he attempted to mate with her, according to a study — not yet vetted by an academic journal — that the researchers shared online last week.

"That sequence was one of the ones that convinced me [it was intentional]," lead study author and University of Sydney researcher Peter Godfrey-Smith told New Scientist.

The male octopus attempted to duck during four of the ten throws, but as Godfrey-Smith told New Scientist, he rarely succeeded.

By "throw," the scientists are referring to a process where the octopuses blast a jet stream of water at the ground that propels rocks, shells, and dirt at a target. However, they did also see one octopus whip a shell at another like a frisbee, suggesting that they have some other tricks up their sleeves when they want to get their message across.

This isn't the first time that octopuses have been found to be particularly moody cephalopods. A previous study found that some octopuses actually "punch" fish with their tentacles due to reasons that scientists characterized as "spite."

More on octopuses: Scientists Say That "Spiteful" Octopuses Punch Fish When They're Angry