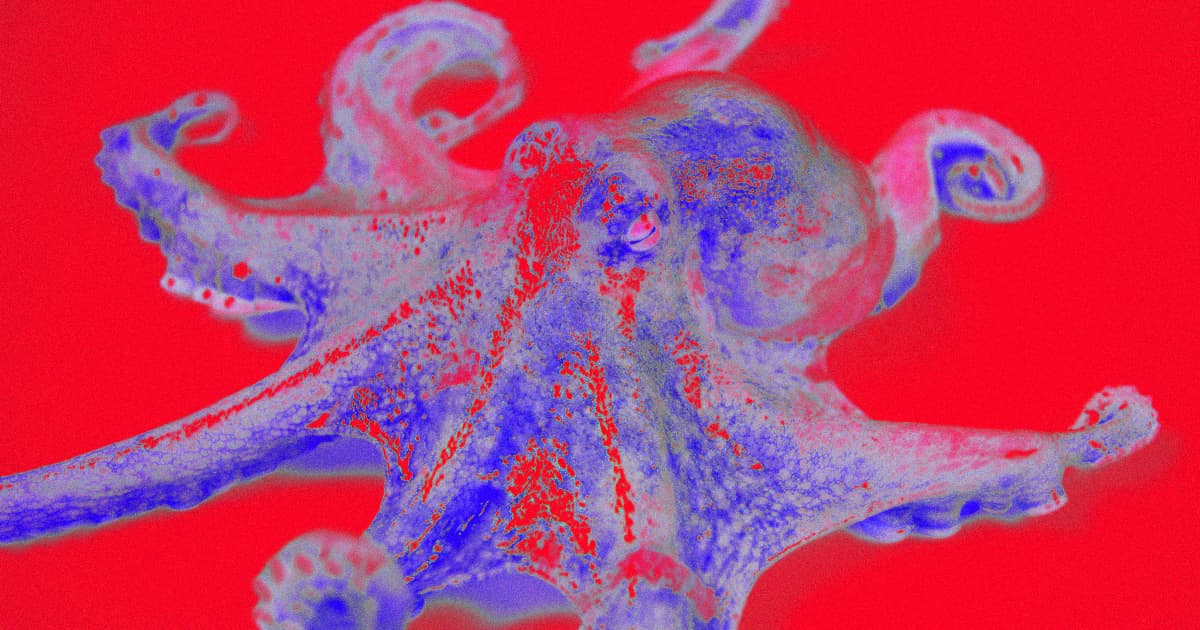 Scientists Say That "Spiteful" Octopuses Punch Fish When They're Angry

Octopuses are fascinating creatures. They're amazingly intelligent and, according to new video footage captured by scientists this year, they're also kind of jerks.

Apparently, the octopus species Octopus cyanea will occasionally reach out and thwack nearby fish with a tentacle. Sometimes, the octopuses will lash out for seemingly no reason at all, according to research published last week in the journal Ecology. The University of Lisbon scientists aren't still completely sure why the sea creatures have these violent outbursts — but one of their best guesses chalks it up to plain and simple spite.

In a series of tweets about the research, study coauthor and Lisbon researcher Eduardo Sampaio explains that octopuses will often hunt for food alongside fish. But if a fish isn't pulling its weight or otherwise gets out of line, the octopus might swat it out of the way.

But sometimes an octopus will punch a fish when they're not hunting, and those outbursts are harder to explain.

"In these cases, two different theoretical scenarios are possible. In the first one, benefits are disregarded entirely by the octopus," the scientists speculate in the paper, "and punching is a spiteful behaviour, used to impose a cost on the fish."

Octopuses and fishes are known to hunt together, taking advantage of the other's morphology and hunting strategy. Since multiple partners join, this creates a complex network where investment and pay-off can be unbalanced, giving rise to partner control mechanisms. @SimonGingins pic.twitter.com/MEyyaIZaxO

The scientists' other guess is that the seemingly-random punches are actually a sort of punishment for the fish, perhaps for misbehaving or not contributing enough to a previous hunt.

Whether they're trying to improve teamwork or just letting off some steam, it's clear that there are complex social dynamics among octopuses and fishes that humans are only just beginning to understand.

More on octopuses: “Octlantis” Discovery Proves Octopuses Are More Social Than We Thought