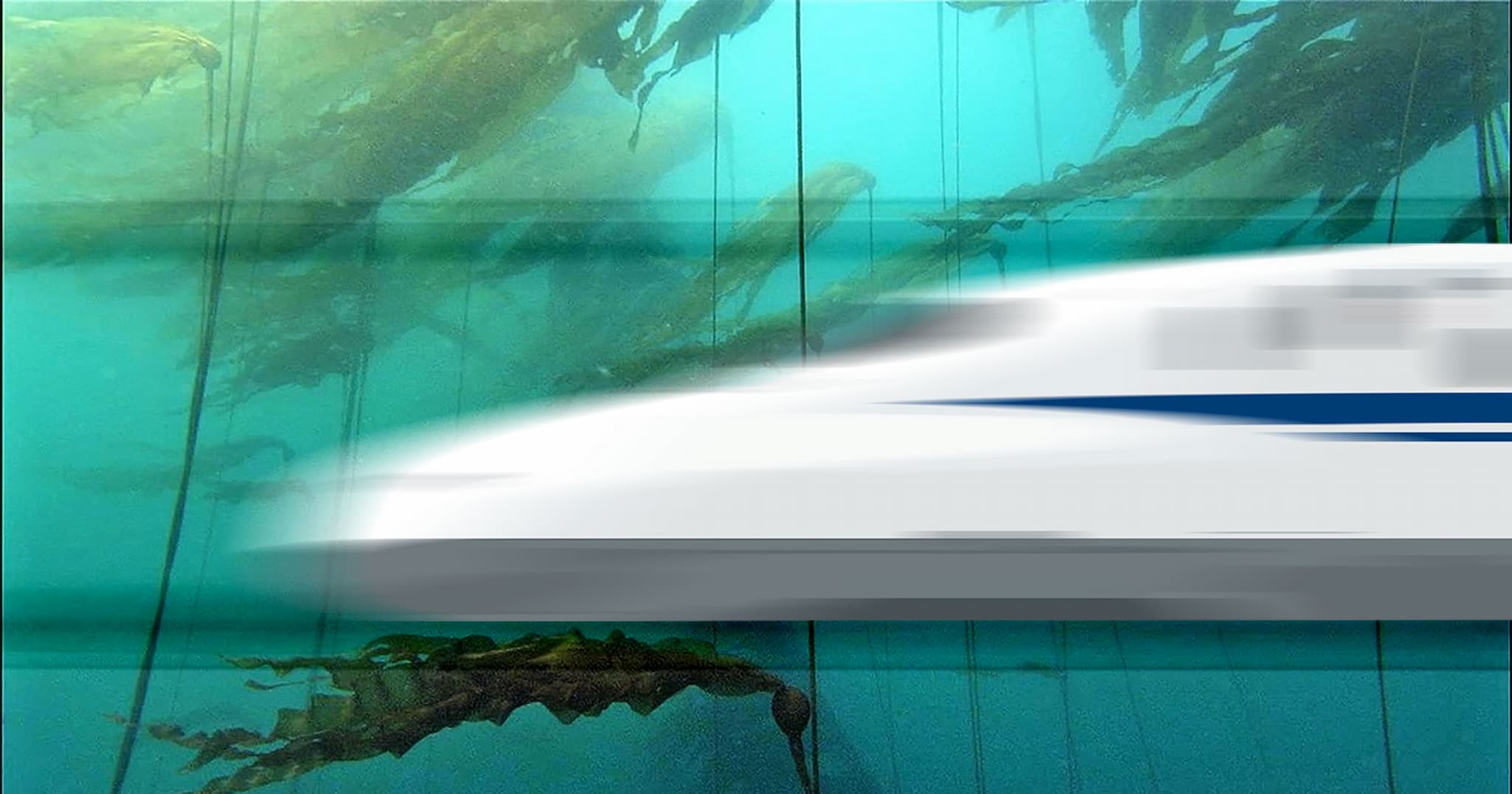 The UAE Wants an Underwater Bullet Train to India

A video published to YouTube last month by the United Arab Emirates (UAE) shows the project's concept art, which involves a long tube floating just beneath the surface of the Arabian Sea, suspended and held in place by a network of floating rigs.

An underwater bullet train sounds totally far-fetched at first — even the director of the National Advisor Bureau, Abdulla Alshehhi, said that it's still just a concept that needs to be explored in upcoming feasibility studies. But it wouldn't be the first underwater train out there.

The Chinese government also explored the concept of underwater bullet trains back in 2005, according to CNN. Last month, the government approved a railway that will connect the Chinese city Ningbo to an island called Zhoushan. That bullet train will travel underwater for just over 16 km of its 77 km journey.

If the train works out, Alshehhi expects it to improve both passenger travel and commerce between the UAE and India.

He foresees the two nations using the futuristic, floating transit line to shuttle not only people, but also oil, water, and other resources back and forth.

More on advanced transit: Transportation Systems That Were Too Far Ahead of Their Time

Brands We Love
This Ultra-Advanced Electric Bike Offers the Best of All Worlds
7. 9. 20
Read More
Bumper Drones
Cargo Drones Have One Problem: Not Crashing Into Things
3. 28. 19
Read More
Public Trust
Just 19 Percent of Americans Trust Self-Driving Cars With Kids
3. 15. 19
Read More
+Social+Newsletter
TopicsAbout UsContact Us
Copyright ©, Camden Media Inc All Rights Reserved. See our User Agreement, Privacy Policy and Data Use Policy. The material on this site may not be reproduced, distributed, transmitted, cached or otherwise used, except with prior written permission of Futurism. Articles may contain affiliate links which enable us to share in the revenue of any purchases made.
Fonts by Typekit and Monotype.