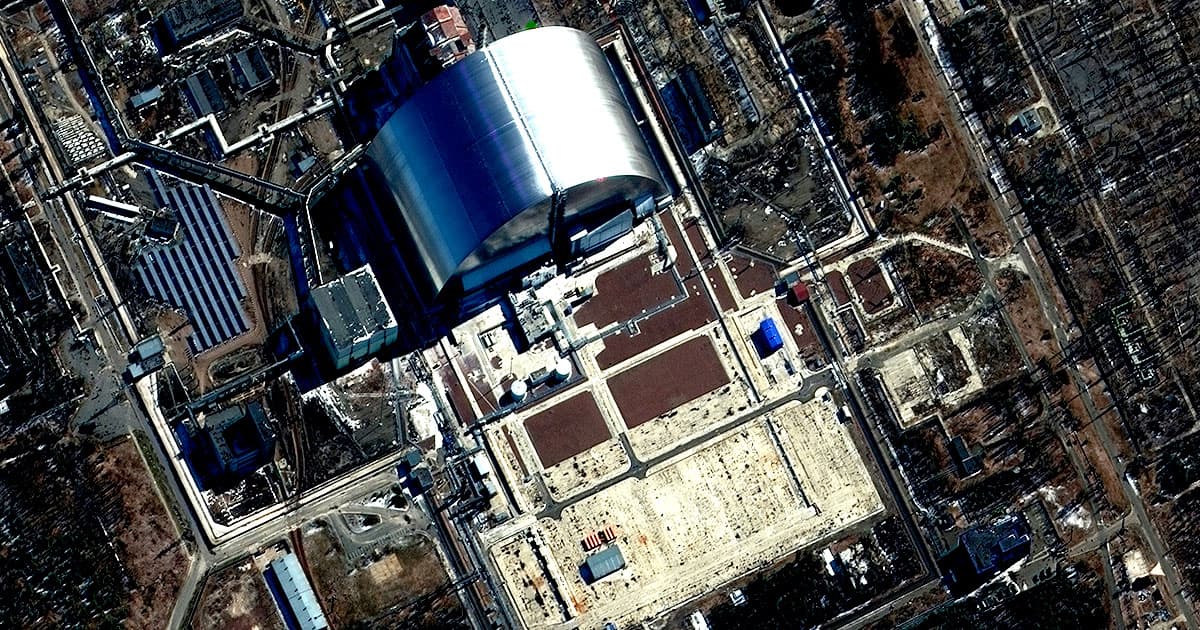 The Ukrainian government says Russian forces have looted and destroyed the lab that was used to monitor radiation levels of nuclear waste at the Chernobyl nuclear plant, CNN reports — more trouble for the already ailing site of the worst nuclear disasters in history.

Without the ability to monitor radiation levels at the site, experts could potentially miss signs of increased contamination at and around the plant.

The lab was a European Union-funded facility that analyzed samples of radioactive waste. Some of the samples were also reportedly taken from the lab by Russian troops.

These samples include unstable atoms that are still capable of emitting harmful amounts of radiation. The Ukrainian government said that it hopes Russia would "harm itself, and not the civilized world" with the loot, as quoted by CNN.

The news comes after seven separate forest fires cropped up in the Chernobyl exclusionary zone, a heavily forested area of roughly 1,000 square miles surrounding the facility.

According to a Tuesday statement by the Ukrainian government, Russian forces were impeding efforts to control these fires.

Workers at the nuclear plant were working at gunpoint and under grueling conditions for weeks. Many of them were released earlier this week, but 13 staff members declined to be relieved of their duty, according to CNN.

While experts say it's unlikely we will see another meltdown like the 1986 explosion, it's safe to say that the situation is as precarious as it has ever been since.

More on the plant: Russia Accused of Impeding Efforts to Fight Fires Near Seized Chernobyl Plant