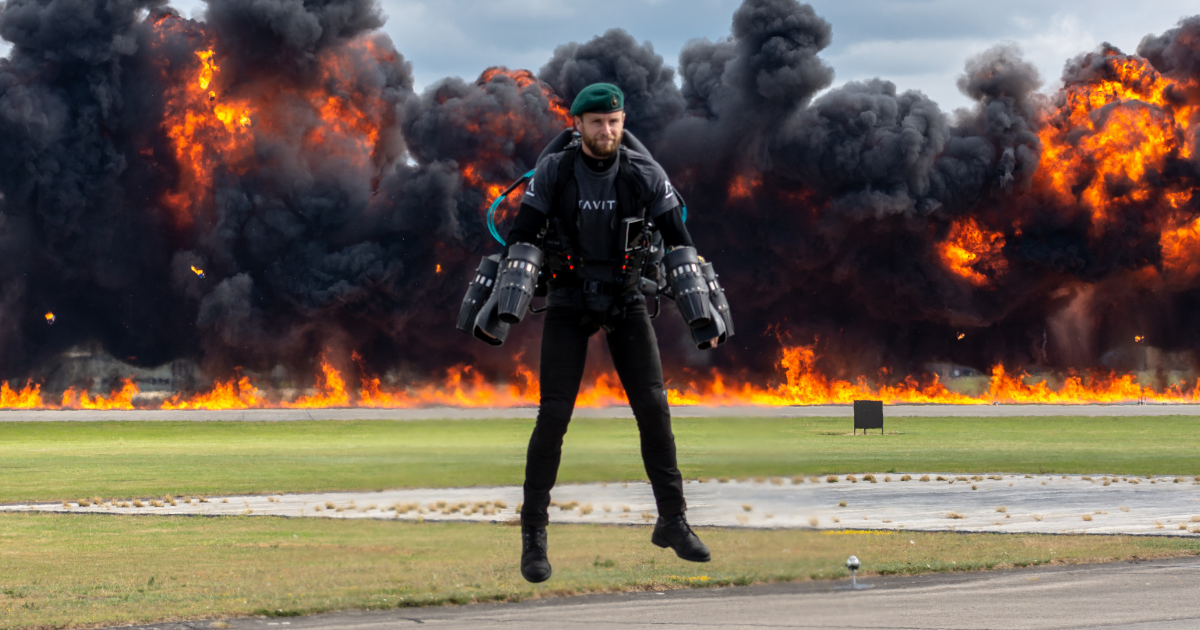 The UK Is Training Paramedics to Use Jetpacks in Emergencies

Just three years ago, British inventor Richard Browning broke his own speed record by flying his jetpack invention nearly 100 miles per hour. That's no typo — according to a Daily Mail article published in 2019 and shared by his company Gravity Industries, the aptly-nicknamed "Iron Man" Browning more than doubled his previous record of 32 mph by hitting a blistering 85 mph with his rig.

That high speed is surely part of what made the Jet Suit attractive to the UK's Lake District, which is set to equip paramedics with their own Jet Suits for emergency response. According to a BBC report published yesterday, one member of Great North Air Ambulance (GNAA) staff has completed training to use the suit solo, and two more will start soon.

"We're still awestruck by it, everyone looks at the wow factor and the fact we are the world's first jet suit paramedics but for us it's about delivering patient care," Andy Mawson, GNAA operations director who's completed the training, told the UK news outlet.

The idea is to get paramedics to patients in need of emergency care faster than ever, which could mean more people survive than if they experienced a longer response time.

Gravity Industries isn't the only company creating jet packs for emergency or government use cases.

David Mayman of JetPack Aviation has already sold two units to an undisclosed military client in South Asia, and says the future of medical and emergency response could very well be aloft his own super-fast Speeders, which look sort of like flying motorcycles.

It's great to see another entry into the same use case market, and we hope it'll save lives. It's worth noting, though, that training and the equipment itself is extremely time-consuming and expensive, so it's unlikely we'll see cadres of flying paramedics super soon.