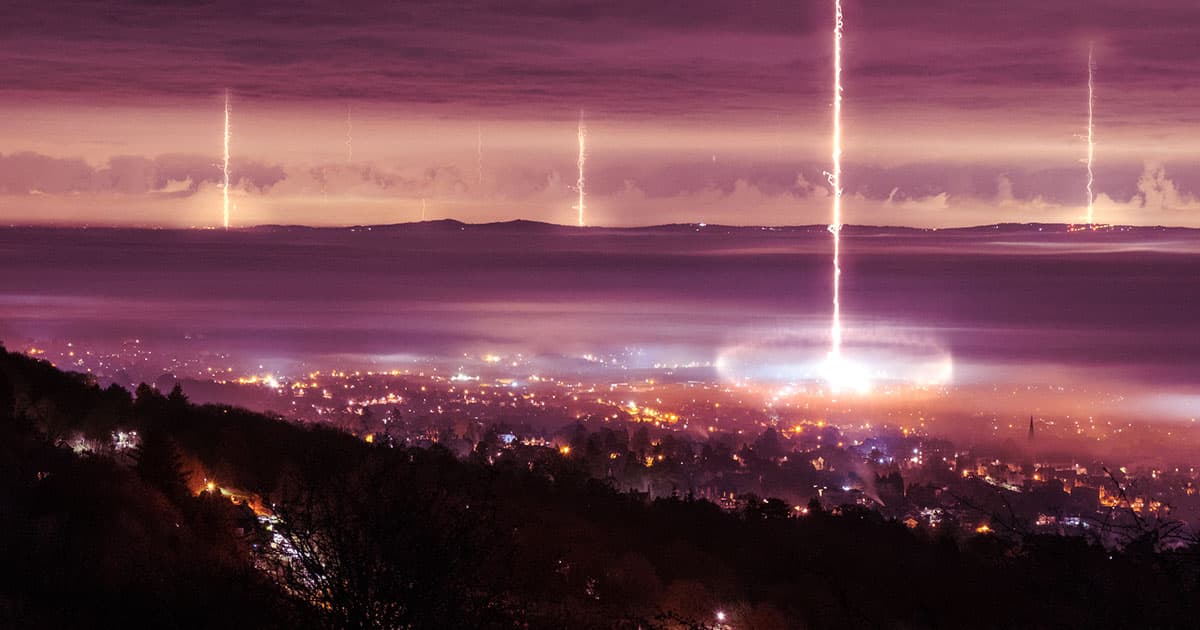 "If it is technology possessed by adversaries or any other entity, we need to know."

"If it is technology possessed by adversaries or any other entity, we need to know."

Who knew that one of the few things that can bring Republicans and Democrats together are UFOs?

At least, that’s what seems to be happening in Congress as a bipartisan effort is being made to develop a program to study "unidentified aerial phenomena" (UAP), which is the government’s less-tin-foil-hat term for UFOs. The program would be an amendment to the National Defense Authorization Act, and would create an “Anomaly Surveillance and Resolution Office,” reports Politico, which dubbed the proposed program a "UFO Office."

The office would be established to "gain as much knowledge as possible" into the origins and intent of UAP, the proposed amendment says. It would also create a framework to develop and deploy new technologies in order to study them.

In other words, lawmakers seem to be saying, the truth just might be out there.

Spearheading the effort is New York Senator Kirsten Gillibrand, who spoke to Politico about the project.

"If it is technology possessed by adversaries or any other entity, we need to know," Gillibrand told the news site. "Burying our heads in the sand is neither a strategy nor an acceptable approach."

She went on to stress the need for oversight into UAPs and said that "I can count on one hand the number of hearings I had in 10 years on this topic," which she characterized as "fairly concerning given the experience our service members have had over the last decade."

To help bolster her case, Gillibrand’s been able to convince several counterparts across the aisle — including Senators Marco Rubio, Lindsey Graham, and Roy Blunt — to co-sponsor her amendment.

Overall, it’s refreshing to hear that lawmakers are taking this issue seriously, especially when you consider that UAPs may pose a danger to our service members. If nothing else, it might finally shed a little bit more light on a topic that’s been shrouded with conspiracy and mystery for so long.

More on UAPs: NASA Says We Need a Plan for When We Discover Alien Life

Hiding in Plain Sight
Astrophysicist Says Alien UFO Theories Are Stupid
6. 1. 21
Read More
What Even
Former US Military Official: Unidentified Objects "a Hundred to a Thousand Years" Ahead of Our Tech
5. 18. 21
Read More
UFO Threat
Former Navy Pilot Says Team Saw Unidentified Objects "Every Day" For Years
5. 14. 21
Read More
+Social+Newsletter
TopicsAbout UsContact Us
Copyright ©, Camden Media Inc All Rights Reserved. See our User Agreement, Privacy Policy and Data Use Policy. The material on this site may not be reproduced, distributed, transmitted, cached or otherwise used, except with prior written permission of Futurism. Fonts by Typekit and Monotype.