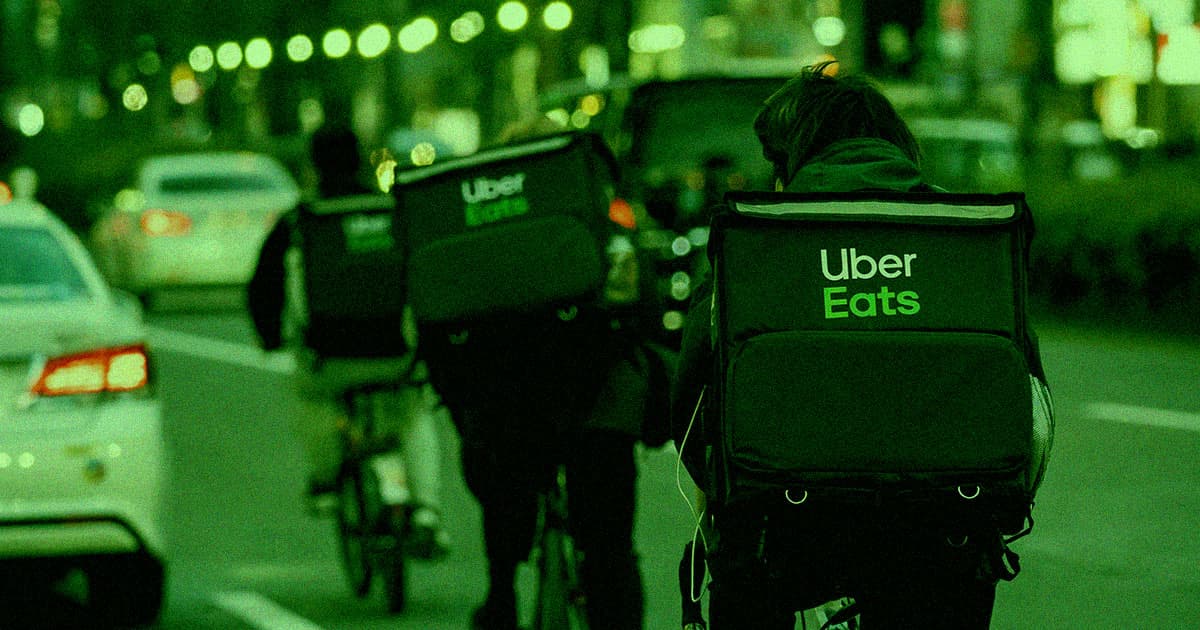 It's Delivery, not DiGiorno

It's a great time to be a stoner.

It's a great time to be a stoner.

Canadian stoners, rejoice! If you're in Toronto and over the age of 19, you can now order some weed using Uber Eats.

Uber partnered with a cannabis marketplace Leafly — which claims to be "the world's most trusted destination to discover cannabis products and buy them from legal, licensed retailers" — to bring app-delivery pot to the Canadian city, according to a press release.

According to the company, it's the first time cannabis delivery will "be available on a major third-party delivery platform."

"Leafly has been empowering the cannabis marketplace in Canada for more than four years and we support more than 200 cannabis retailers in the [Greater Toronto Area]," said CEO Yoko Miyashita. "We are thrilled to work with Uber Eats to help licensed retailers bring safe, legal cannabis to people across the city."

As for how the system actually works, users will be able to pick their cannabis of choice from a digital menu.

The orders will then be fulfilled by staffers at CannSell, a marijuana retail education program based in Ontario, which takes care of confirming both the buyer's age and sobriety upon delivery.

It's unclear when Uber Eats intends to take this experiment beyond the Greater Toronto Area, but it's likely only a matter of time.

Canada became the second country in the world to formally legalize cannabis back in 2018. In the US, however, only 19 states have legalized the drug for recreational use.

Legal or not, marijuana is a major market — and as the drug becomes increasingly decriminalized, a lot of already established companies like Uber will be looking to cash in.

And to that point, it'll be fascinating to see who makes a similarly major move to gain a strong footing in the weed market next.

Well, before Amazon founder Jeff Bezos tries to take over the whole thing, that is.

Out of the Penalty Box
The Disgraced Uber Guy Is Back With a Fun New Plan to Kill Restaurants
Sep 11
Read More
Brands We Love
These Groundbreaking Weed Delivery Services Bring Legal Cannabis Right to Your Door
4. 17. 21
Read More
Brands We Love
Looking to Reduce Inflammation? This Specially-Designed CBD Could Be The Answer.
7. 17. 20
Read More
+Social+Newsletter
TopicsAbout UsContact Us
Copyright ©, Camden Media Inc All Rights Reserved. See our User Agreement, Privacy Policy and Data Use Policy. The material on this site may not be reproduced, distributed, transmitted, cached or otherwise used, except with prior written permission of Futurism. Articles may contain affiliate links which enable us to share in the revenue of any purchases made.
Fonts by Typekit and Monotype.