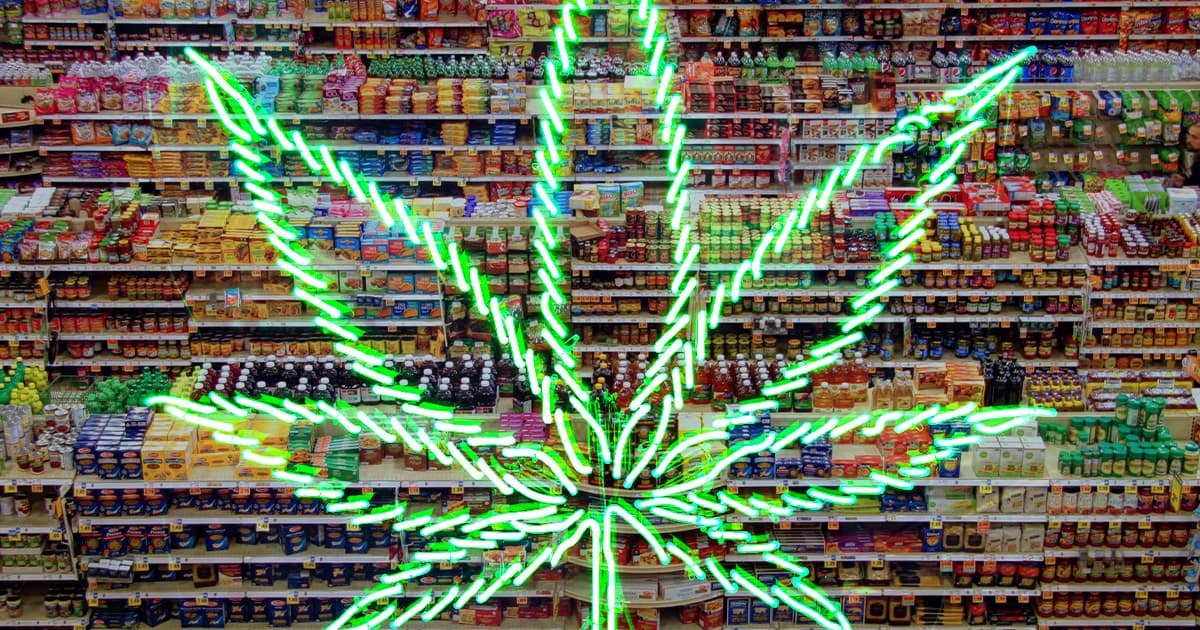 There's truly nothing that feels more 2022 than purchasing a $75 NFT and — as an oh-so-incidental gift at purchase — receiving a nice lil' baggie of weed.

Which, per Curbed, you can apparently do now at an unnamed gallery on New York City's Rivington Street. Don't hate the player, hate the game.

If anything, this is a unique way of tying a digital asset to a physical one. You could do worse — plenty of people pay hundreds of thousands of dollars for a digital image of a bored ape and don't also get weed, or anything besides clout. Some of those Bored Ape Yacht Club (BAYC) buyers are also Jimmy Fallon specifically, which is just insult to injury. Getting stoned and also not being Jimmy Fallon? Put that way, this is an absolute steal. Run, don't walk.

We kid, Jimmy. But in all seriousness, the NFT-to-gray-market-weed crossover somehow makes a lot of sense. Two legal but mostly unregulated markets, each trying to figure out exactly how to function sans turmoil in burgeoning market environments. And like the gallery on Rivington Street, other small-scale NFT operations — which, unlike celeb-beloved BAYC, might have trouble tethering their worth to clout alone — could benefit from incorporating an in-demand physical asset of the kind.

There's also something to be said about the shared aesthetics of the broader NFT market and that of convenience stores — both uniquely unnatural in an eerie but somehow comforting way, with a lot of neon, a hefty amount of innuendo, in the sort of vibe that signals that some kind of energy drink or extremely specific candy is close by. After all, classic bodega favorites like Arizona Iced Tea and M&M's already boast Bored Ape collaborations. As the phenomenon that is weed bodega continues to expand, operators — and, to that point, anyone trying to make a name in the NFT space — might want to take note.

Anyway. Where was that gallery?

More on NFT oddities: Celebrities Smacked down over Shilling NFTs Without Legal Disclosures